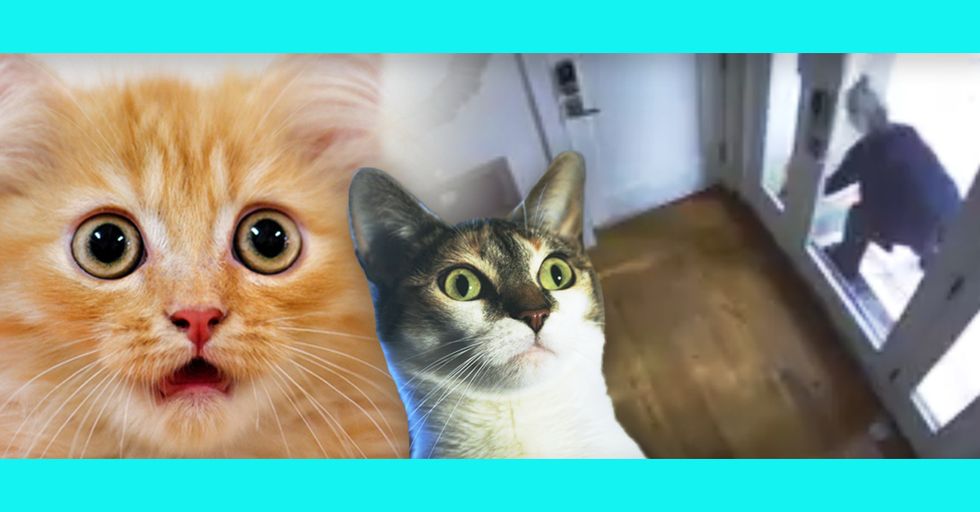 'Tis the holiday season, and that means it's the busiest time of year for the United States Post Office. For a solid three months, packages fly through their facilities as family and friends hurry to send gifts to one another before that all important (Christmas) Day comes around the bend.

The holiday season is gift season, and nowadays, gift season means a lot of packages on a lot of doorsteps  — which means that package season is prime package thief season.
If you've never experienced this horrifying phenomenon, allow us to describe it to you: There you are in your Christmas best waiting by the door for Santy Postman to arrive.
You look out the door, and whom should you see? No, that's not Santy Postman by your Christmas tree...
It's that most horrifying of horrors: the Christmas thief. He's out to take your packages and rob you of your very last... leaf. (Alright, we're going to stop trying to rhyme now. But basically, where there are Christmas packages, there are Christmas package thieves — and they are dastardly.)
One person who has experienced this horrifying phenomenon firsthand is director Cameo Wood, who lives in San Francisco.
On the day after Christmas, Wood took to Twitter to tell her story. Thieves had been pilfering her packages. In fact, they had done so at least thrice, and it was getting very annoying.
But Wood is a woman of action, so she hatched a very devilish plan to ensnare her package thieves. She explained her dastardly plot over Twitter.
In order to confuse her local Grinches, Woods decided to fill the boxes on her porch with used cat litter – that's right, cat litter sprinkled with magical droppings from her cat Charm. That way, the thieves would get a very fragrant and lovely surprise when they opened their stolen goods.
The San Francisco PD, Wood explained, weren't keen on helping her with her package problem —which is a disappointment, considering you'd expect the city to have an excellent police department (what with those sky high property values and all).

What about working with local authorities and putting GPS trackers inside? With the cat crap, of course.

In the end, Woods said that six of her surprise-filled boxes had been stolen, meaning six potential thieves (or maybe just one recurring thief) had been foiled by the putrid Christmas justice.

But- now my trash isn’t filed with boxes and cat litter? Bonus?