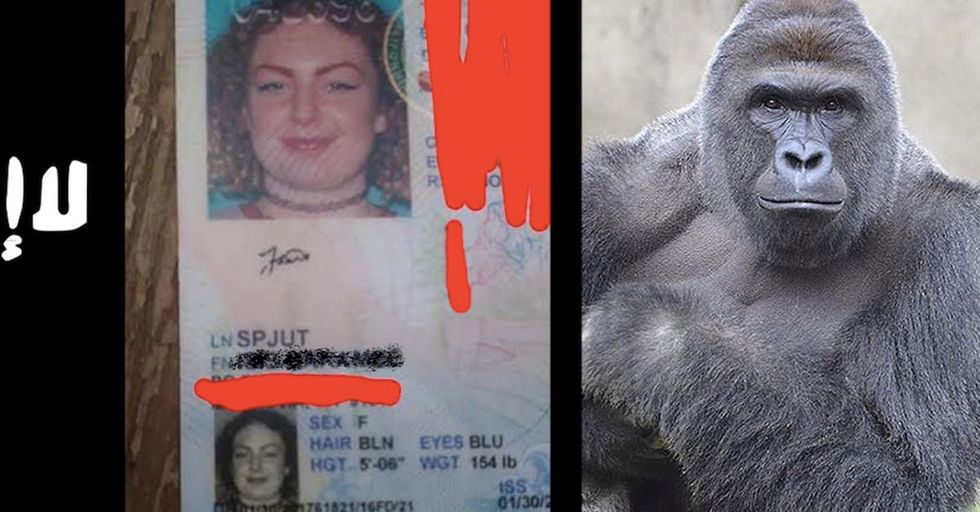 As trends and news stories come and go, names will fall in and out of favor.

But for one woman, her name serves as a very, uh, "relevant" reference to current affairs.

Yup. Her first name, as listed on her license, is "Isis Harambe."

Her full name? Isis Harambe Spjut of California. The state's DMV confirmed that the ID – and the name – are both real.

To her credit, she's definitely in on the joke.

She said in an interview, “When I meet people [and] I tell them my name, they’re, ‘That’s crazy, that’s funny.’ I’m literally like, ‘No, that is the craziest name you’ve ever heard in your life.’ I really have the most unique name in the world. Pretty trippy."

She was born in 1988, well before ISIS or Harambe were cultural touchpoints.

Isis says about the origins of her name...

“My mom kinda picked my first name, and ‘Isis’ was a Bob Dylan song, along with the Egyptian goddess, and then Harambe means ‘Harmony’ in Swahili, and my Dad picked my middle name." So there ya go.

So far, the Internet has held together, but this story's just getting steam.

Hopefully, some day soon, ISIS and Harambe will be distant memories. The memes will die, and Isis Harambe can just be a person with a unique name.

...but it hasn't happened yet. And probably won't anytime soon.

We don't know why this Harambe meme won't just go away, but we're guessing that this 29-year-old girl wants to be rid of it more than anyone.

$39.58 $31.66
Buy Now
See More Deals
We hope you find these deals as awesome as we do! Just an FYI: we may receive a share of sales from links on this page