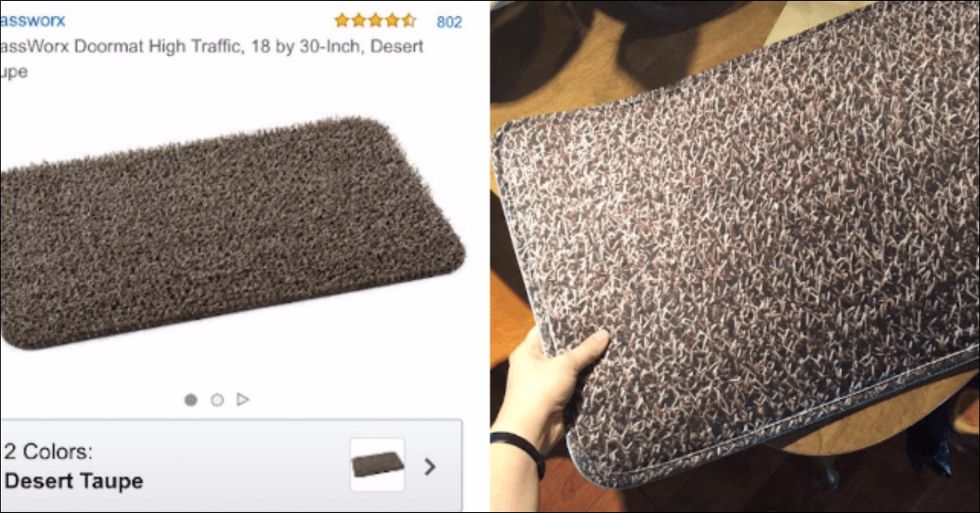 Buying items on Amazon is great because you can pretty much get anything you want and shop in your underwear without security asking you to leave — again.

She ordered two new doormats on Amazon late last month, opting to buy from a third-party seller to score a great deal. Here's a look at the listing and description.

Looks good. Positive ratings. Four and a half stars? Sold.

Well, this is what she received — two photos of doormats glued to two pieces of foam.

To clarify, she got pictures of doormats and not actual doormats.

When she realized she was the new owner of two pictures of doormats, she contacted the seller for a refund and got this:

"They claimed it was a photo resolution problem and offered me a partial refund," she said. Umm...not so much.

She posted pictures of the offending doormats in a Twitter post that has since been retweeted over 12,700 times.

"The response to this has been pretty overwhelming," Heller told Mashable. "I had no idea it would strike such a chord with people."

Of course some of those people accused her of not reading the reviews and making the whole thing up, but she insists the doormat reviews were positive.

In fact, it looks like she was the only one who got completely screwed.

But there is a happy ending! Along with two pictures of doormats, she contacted Amazon directly and now she also has a full refund.