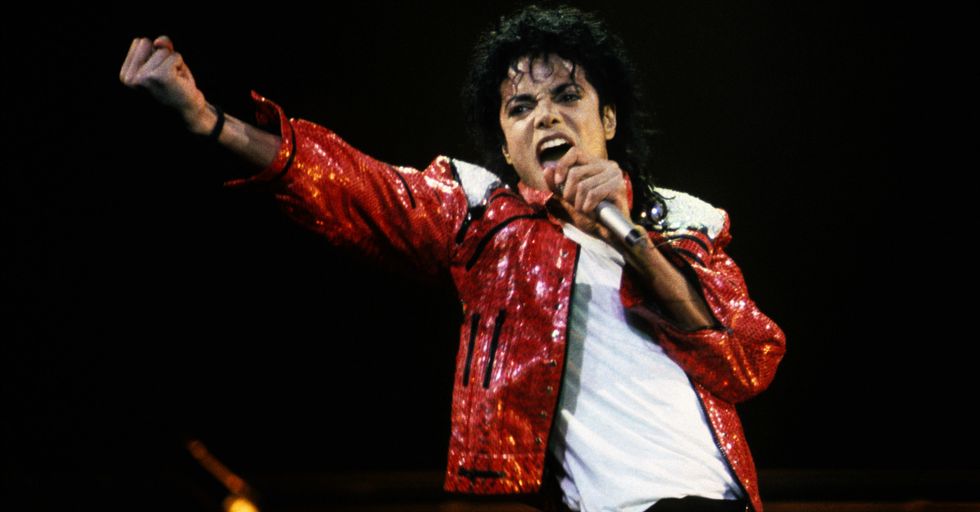 Every once in awhile an online conversation moves from the sphere of "good thread" into the hallowed halls of Epic Thread. Thanks to the nearly unlimited lexicon of Michael Jackson song lyrics and cultural references, a recent Twitter post was able to do just that. It all started when Twitter user lourdes posted a photo of her "boyfriend," who shares a remarkable resemblance to the late King of Pop.

It all started when Twitter user lourdes posted this picture of her "boyfriend."

She didn't mention his famous doppelgänger, but of course she didn't have to. Look at this guy! Remind you of anyone?

The original post has so far acquired over 3,000 comments and has been retweeted nearly 4,000 times! It's easy to see why. This woman's "boyfriend" bears a striking resemblance to one of the most recognizable pop stars of all time.

It wasn't just the resemblance. People had so many questions.

This was the beginning of one of the punniest Twitter exchanges we've ever seen. Jackson's repertoire of songs became the lexicon for some rapid fire banter. This is what Twitter was made for.

It got pretty punny.

This went on and on. Everyone knows MJ lyrics. And it turns out, you can have a fairly coherent conversation exclusively using them. Who knew?

But when a Twitter user named Annie retweeted it, all hell broke loose.

What followed was a conversation between user Annie and user Diana. Yes, that's right. It was a match made in Michael Jackson heaven. It was beautiful. Twitter kismet.

This is why we have the internet.

Oh, Annie and Diana, your whole lives have led to this moment. Take it away, ladies! And they did.

Truly, this went on and on.

The back and forth between these two was really a work of art. You know how sometimes you think of the perfect witty response way after a conversation? Like, the next day in the shower? Well, that didn't happen here. Annie and Diana were ON FIRE.

Others joined in on the fun too, but Annie and Diana were the shining stars here. Just as MJ would have wanted.

There's more of this, much more, but it's not where this story ends. While everyone was enjoying this "boyfriend" and all the joking, some Twitter users knew more. This is where things got interesting.

OK, here's the GIF we all knew was coming.

While the banter continued online, a few people recognized the "boyfriend" from the original post. It turns out, he is a professional (can you guess?) Michael Jackson impersonator. Wait, what?

Surprise!! (Do you remember when this commercial was on TV? Because I do. OK, back to the story...)

The photo is not the original poster's boyfriend, but actually Sergio Cortes, a Spanish singer and dancer who tours as a MJ tribute. On his Facebook page he explains, "Sergio Cortes is much more than a tribute to Michael Jackson. It 'a [sic] big show complete of choreographies, lights and special effects. Similarity on stage, voice and dance: these are the ingredients that make the show something truly unique, attracting older fans but also young people joined together by love for the King of Pop and his music." And this guy is good! Wait until you see his Instagram photos!

It's unmistakable. Thankfully Cortes likes Michael Jackson, enough to actually dedicate his life to paying tribute to him. And, luckily the guy can sing and dance too.

Can you imagine if you saw him walking down the street?

Once he adds in the hair and makeup, you'd think it was the real deal. Are you seeing a ghost? Is everything you know a lie? Is there a flaw in the matrix?

He has fans of his own, and his shows attract crowds.

He doesn't just look like the King of Pop, he also is pretty talented. He tries to capture the magic that was MJ. His shows include all the lights, dance moves, and classic hits you'd expect.

Not bad, right? The original poster had no intention of starting a legendary Twitter thread. She posted it as an inside joke with her friends. What followed was simply part of the beautiful madness that is the internet.