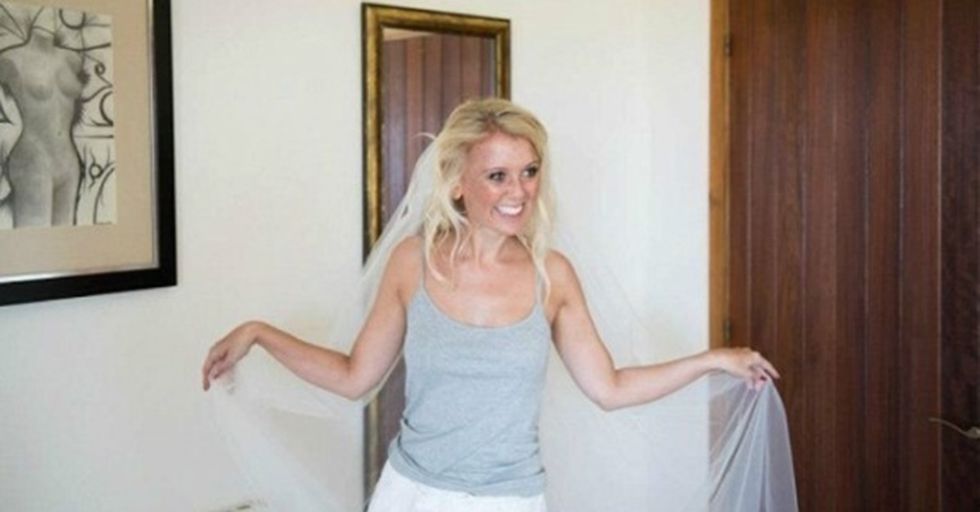 Tiffany Wright has carved out quite a career doing a job that no one else has ever thought to: She's a professional bridesmaid.

She's not quite a wedding planner, but rather sort of a professional friend/assistant that stands by the bride on her big day, helping take care of anything that needs to be done and even writing speeches! Sounds good, right? Well, her services don't come cheap, as Tiffany charged about $150 per hour to stand by a bride on her big day. Here's her website.

According to The Daily Mail She realized this was her calling after she attended 17 weddings in two years and saw the same stressed-out behavior from the brides.

She also runs a business that helps men propose to their girlfriends, but the bridesmaid service is her real bread-and-butter.

She found that she works best "undercover" when other bridesmaids don't know she's paid help.

"So I decided to set up a company offering myself as an undercover bridesmaid, so that I can do the brides dirty work and take away the stress so that they can still honor their friends who are bridesmaids," The Daily Mail reports.

In fact, her services are in such high demand that sometimes bridesmaids will hire her to help them with their responsibilities.

So it sounds like she's tapped into a pretty lucrative market segment, right?

She also serves to be the bridesmaid or even maid of honor for brides who have too many friends and don't want to play favorites.

She also stands in for brides who might be new to an area and don't have any friends nearby.

Sometimes her job is as simple as fetching a glass of water.

Other times, she serves as a "hype man," getting the crowd fired up during the reception.

As you might imagine, it's a pretty stressful, chaotic job, but she loves it.

Her husband, who's in finance, doesn't quite understand the allure.

"But I think I’ve proved everyone wrong, as I made a successful business out of proposals, and now this is doing really well too." She also said.

She knows for a fact that she's a better bridesmaid than friends can be because she knows exactly what needs to be done.

In fact, she's regularly thinking up to-do list items that no one else has even thought of.

Once, she even handed out mini-deodorants to guests on a hot day.

Other times, she'll help the bride with her dress so she can go to the bathroom!

"Although brides often have bridesmaids at their sides, there is not a single person on the day who is completely dedicated to the bride."

She sees what she does as very unique, and doesn't see herself as a wedding planner.

"While wedding planners focus on vendors and venues, a professional bridesmaid does whatever the bride needs her to do." Is this something you'd pay money for?
20%

$#DIV/0! $0.00
Buy Now
See More Deals
We hope you find these deals as awesome as we do! Just an FYI: we may receive a share of sales from links on this page
40%