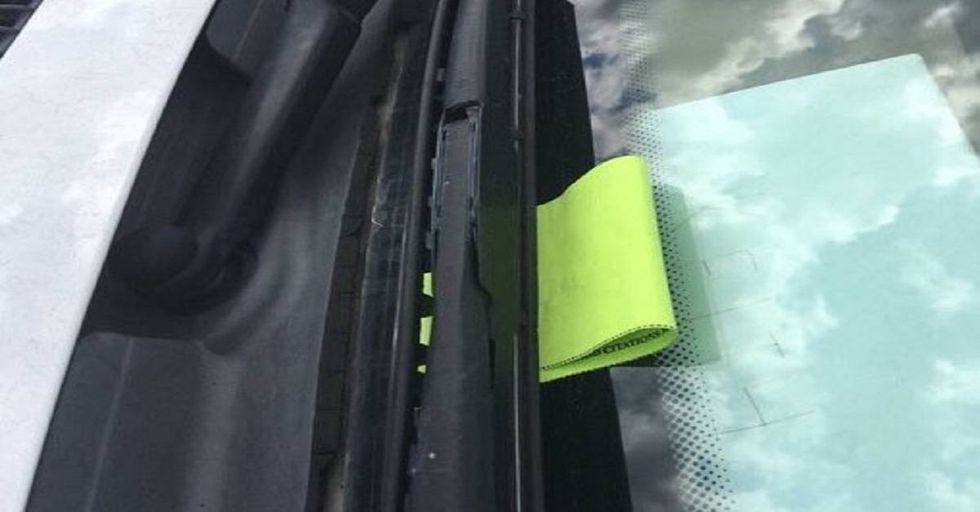 One of the worst things about living in a major city is the parking. More specifically, the lack of parking. And let's face it: We all break the law sometimes, and parking tickets can be a hassle. This woman had a "genius" idea to get around those pesky parking tickets.

Meet Keidy. She has a very...unique method to avoid parking tickets.

Some people really liked her idea.

And in theory, it's not a bad idea. If a parking cop sees your car has already been ticketed, then he might think nothing of it and move on to the next car.

We quickly discovered that Keidy isn't the only person to do this.

The more they tweet about it, the more likely it is that people will catch on though. Keep it on the down low, guys!

People even have their own twists on her plan.

Using a ticket you've already paid is probably your safest bet if you want to try the fake ticket method. (Or you could just try parking legally!)

This guy took it even further and decided that a fake ticket wasn't enough.

What you really gotta do is tow your own car away; they'll never ticket you then! Wait...

You might have better luck with this trick depending on where you live.

If you tried this in Los Angeles, the cops probably wouldn't even notice because everyone is parked illegally. The joys of big city life!

They weren't all success stories with the fake ticket trick, however.

Oof. Imagine getting six tickets at once. That'll ruin your day, at least.

Not everyone had it as bad as that guy, but the failure rate on the ticket trick seems pretty high.

At least that cop admitted it was a nice try. Can't fault 'em for trying!

Apparently there are actual legal ramifications for trying to put a fake ticket on your car though.

"The law" probably isn't gonna stop these people, considering they were parked illegally to begin with. Oh well.

Regardless whether it works or not, it was at least pretty funny.

What do you think of her "brilliant" trick? Is it a clever way to avoid being ticketed, or is it just asking for more?