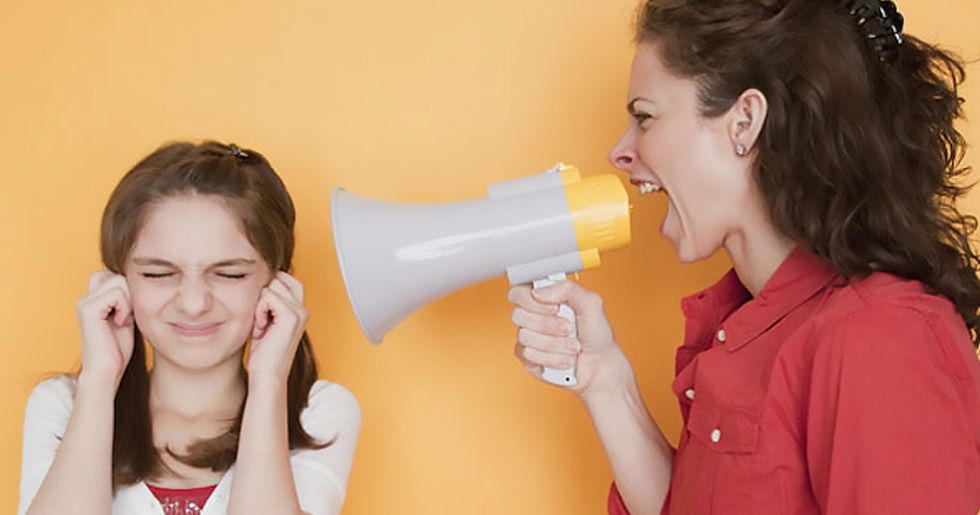 I don't have kids yet, but I'm about the make a statement that may seem controversial. Get ready.

I know! I know! All you ever hear about having kids is how easy it is, just a total breeze, so this probably is coming as quite a shock to some of you.

But parenting is probably hard for a lot of reasons. First of all, there's the problem of everything being sticky all the time. Children are incredibly sticky. It is probably hard to rid them and your house and clothing of their stick. Think of all the cleaning products.

Second, it's probably hard to take them from being sticky babies into being (hopefully less sticky) adults that can function in the world. It takes a lot of work and everyone has different ideas about the best way to do it.

It must be hard not to just give your kids everything they want.

As adults, we know not everything kids want are good for them.

Of course, they want to eat all their Halloween candy in one night, but guess who is going to be paying the thousands of dollars in dental bills when all their teeth fall out?

The tooth fairy's exchange rate is not enough to cover fillings, unfortunately.

But it's not always easy to say no to people you love.

Again, no kid experience here, but I do give my cats way too many treats because they just want them so badly. And they haven't even perfected whining, "Mom pleeeeeeease."

And let's be honest, don't we all kind of want to be the "cool mom"?

The "my daughter and I are best friends" kind of mom.

But Gilmore Girls is fiction, I'm sorry to say.

And, side note, nobody who eats that much can stay that thin.

Their metabolisms must be INSANE.

Hopefully, it is sometimes junk food parties and sharing your secrets, though.

But always would be irresponsible! Somebody has to tell your sticky children to bathe.

A mom in Kansas recently wrote a blog post about being what she calls a "mean mom".

The blog post went viral because lots of other "mean moms" identifies with it.

No, not this kind of mean mom:

She wasn't trying to poison anyone with an apple.

Or this kind of mean mom:

Wow, Disney has a weird thing about step-mothers being total jerks, huh?

But she did have a lot to say about how she raises her kids.

And why she chooses to be a "mean mom".

Liz is a blogger in Kansas who has two kids.

Her son Brady and her daughter Paityn.

She admits being a mom isn't exactly what she expected.

But she's doing her best.

It appeared on her blog Love and Marriage and a Baby Carriage.

I’M A MEAN MOM I make them follow rules. I punish them when they don’t. I make them to do chores. Even when they’re tired. I say no. A lot.

Wait, even when they're tired?!

I've got a lot to learn about this parenting stuff.

I enforce an early bed time. I push them to do hard things. I take them to piano and baseball and soccer even when they don’t feel like going. I don’t let them eat buckets of candy. I make them read their books. And study for their spelling tests. I make you wear your bike helmet even though you hate it.

Helmet safety is important for everyone, fyi.

*takes notes for adult self*: Bucket of candy=bad.

People in the comments on her post loved the message.

They responded with their own "mean mom" or "mean dad" moments.

People thought that she was doing a good job.

And that being a "mean mom" is essential for raising kids.

Some people pointed out that you don't need to be your kids' best friend.

Or that you shouldn't be.

A teacher jumped in and pointed out being a mean teacher can be a good thing, too.

Some of my best teachers were mean teachers!

But again, not like this kind of mean teacher:

But the people who commented that they felt alone in being a "mean mom", may actually have more company than they think.

It may seem like every other mom lets their kids blow off their homework and guzzle down root beer and have candy for dinner in front of the TV, while you insist your kids do their homework and eat vegetables at the table, but according to research, that may not be true.

According to a study, the US is one of the strictest countries when it comes to parenting.

The study, conducted by The National Bureau of Economic Research, showed that parents in the US care more about their children following rules than imagination, while other countries like Sweden and Norway place imagination way above rule-following.

In fact, the US ranked one of the strictest countries.

Researchers think this may have to do with the vast amount of inequality in US society.

Countries that cared more about imagination than hard work tended to be countries where wealth inequality was lower.

Basically, parents in the US have to worry more about whether their child will succeed in life because it's not garunteed.

Are you a mean mom or dad or do you go easy on your kids? Let us know in the comments!