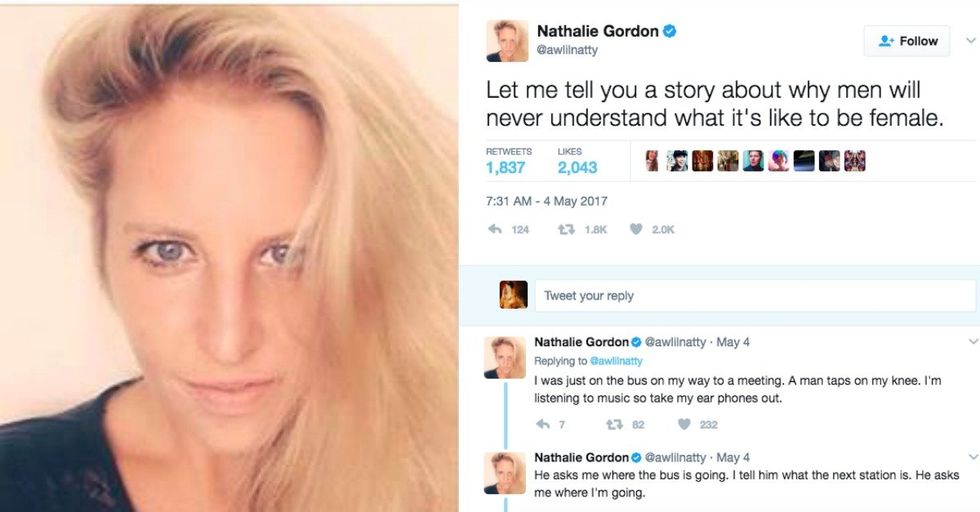 This Woman's Story of Harassment Was Familiar To Women, But Men Had a Different Reaction

Women who saw Gordon's tweet probably knew what kind of story was coming, more or less, but men were apparently thrown for a bit of a loop.

She began by retelling the story of what happened to her while riding public transport on an average day.

That's when things started to escalate...
It gets worse...

And here comes her straight-fire answer:

Women were quick to comment on how they've been in her shoes before.

And some men were on her side, too.

But others were simply ridiculous.

There were more, but you get the idea, and to them she had one thing to say:

"For every guy saying something cruel there's 10 rushing to my defense," she said. "They've recognized that women don't want, need or expect to be saved. We want people standing beside us going 'This is wrong, we need to find a way to stop this from happening.'" "I know so many good men and this has confirmed that there are plenty more out there," Gordon added. "I just hope they are as vocal in real life as they are on Twitter because they have such power if they do."