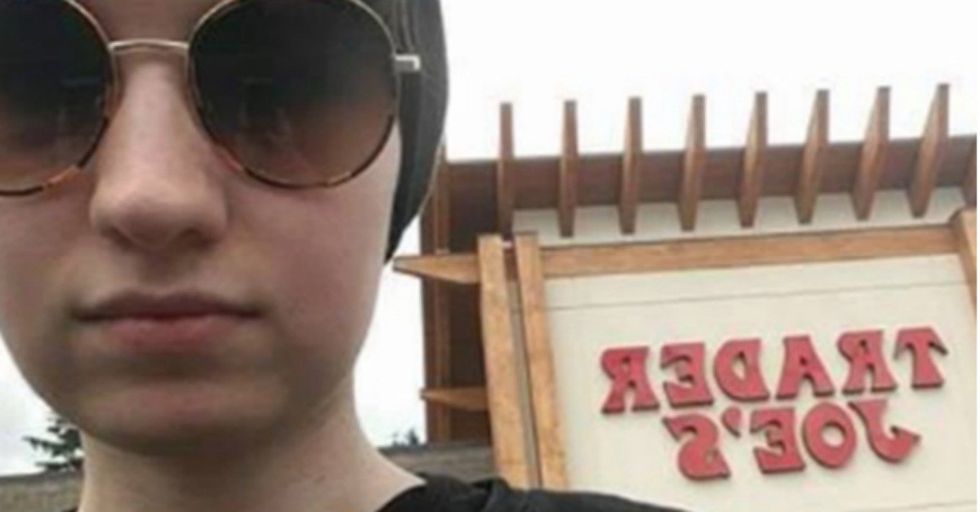 On June 10th, 2016, Bree Mae took a trip to a Trader Joe's grocery store. While this may seem like a rather unexciting errand to you, for Mae it was a groundbreaking event that required all of her strength and courage. Why, you ask?

Because Mae is agoraphobic. But when she attempted to document her victory with a quick selfie, a stranger did something awful. Instead of taking a defeatist attitude about the experience, Mae is speaking out.

This is Bree Mae, a young woman who documents her struggles with agoraphobia and chronic illness on her Twitter account.

The Mayo Clinic describes agoraphobia as, "a mental health issue that often causes victims to have a hard time feeling safe in any public place, especially where crowds gather."'

So you can see why Mae felt the need to document this trip.

But it was what happened as she was taking this selfie that really sparked a powerful response.

She posted an open letter to the man who selfie-shamed her.

It has since gone viral, and struck a nerve with people all across the web.

Mae clarified exactly what it was the man yelled from his car window.

In an incredibly eloquent post, Mae shed some light on a disorder that many of us are unfamiliar with.

She discussed how hard it can be to leave the house — even to simply pick up the mail.

"My husband has had to practically carry me out of movie theaters because I was panicking so hard," she said in the post.

"All I wanted was one photo," Mae continued.

The reactions to the post have been extremely encouraging.

Many users talked about their own struggles with agoraphobia.

These are the everyday things that those of us not suffering from this disorder take for granted.

It's hard to even imagine the crippling fear that agoraphobes experience during events we view as mundane.

But, as Mae pointed out, the community of those struggling with panic attacks is extremely tight-knit and supportive.

"I have endured 3+ years of my body and mind revolting against my desire to be independent," said Mae.

"For once, I didn't wait around to see if I would stay."

Mae even made this surprising statement about the power of selfies.

It's an interesting way to think about these photographs, which are often associated with narcissism.

"I grabbed a beanie and my messenger bag and walked out the door," she said in the moving post.

"I crossed two streets, by myself, while cars rushed by and I didn't panic."

"I smiled up at the blue sky and the sun, for the first time in years enjoying it on my own."

"I felt whole. I felt powerful. I felt free."