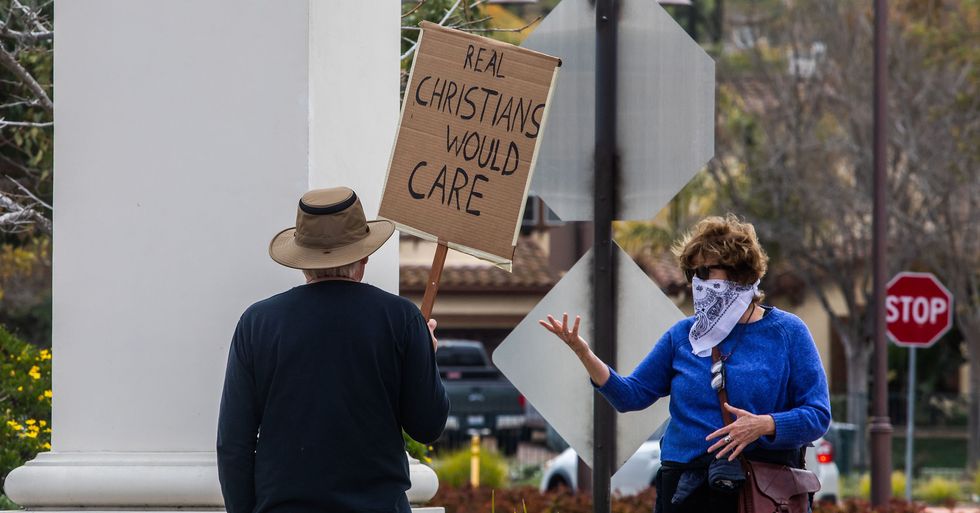 Keep scrolling to see the shocking images of the thousands who attended church recently for Palm Sunday...

Since the first case in Washington, there have been 377,499 more confirmed cases across the country and 11,781 deaths.

With 14,550 positive cases of coronavirus in the state of Florida, many of whom are teens or in their early twenties, the Centers for Disease Control has advised that all events with more than 50 people attending should be canceled - meaning people need to start taking this very seriously.

On Sunday, which was the religious day of Palm Sunday, thousands of people across the country attended church services.

Many Pastors are against opening their doors, however.

Pastor Lawrence Bishop II told his congregation that the church had come under attack for holding the service, but that no one was faulting people who "packed into Lowes this morning, elbow to elbow and a 2-hour wait to get in." "But I say the scripture that says forsake not to assemble yourselves together more so when you see the end approaching if we don’t see the end approaching now, if this is not the beginning of the end then I don’t know what is."

Many Christians have been staying at home...

And Church most certainly isn't a reason to break quarantine.

There are other alternative ways to practice faith...

Our parish staff stuffed over 3000 envelopes with blessed palms, and mailed them to our registered parishioners wit… https://t.co/bkHxVEDxGO
— Nick Sciarappa (@Nick Sciarappa)1585839087.0

And this can be done without risking the lives of others.

We completely respect the fact that many feel the need to attend Sunday services...

But they also need to realize the severity of this situation and that they could be potentially endangering hundreds of lives by attending gatherings such as these. Keep scrolling for the most recent updates...