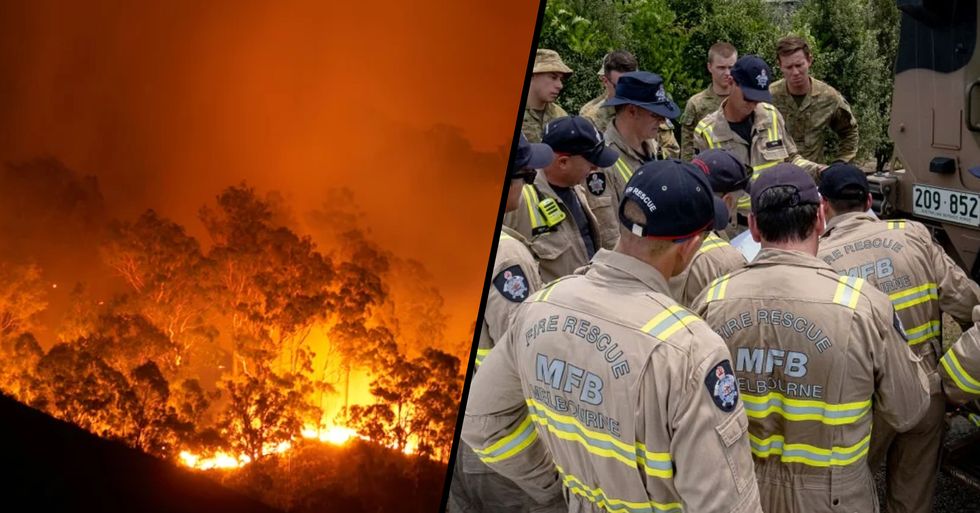 The country as a whole has been working tirelessly, and thousands of tradespeople have signed up to work for free to help struggling communities.

But it isn't just the fire services who have been volunteering...

It has just emerged that thousands of tradespeople have been volunteering to work for free to help struggling communities.

Australia's "tradies" are working together to help rebuild homes and communities...

People who work in the trade industry, such as electricians, plumbers, carpenters, and builders, have been signing up to work for free on communities that have been seriously damaged from the fires.

The volunteer group was started by Melbourne-based carpenter Piers Smart...

Smart wasn't thinking at all about financial gain...

"I was at home trying to think of ways I could help and unfortunately financially I was unable to. But I could offer my weekends as a chippy (carpenter) going up and helping with clearing or rebuilding," he said to the local press.

But he didn't expect the surge of volunteers that he got...

"I thought there must be more people who have a trade or a skill who want to do the same. I started this Facebook group thinking I’d get 50 people or something like that and it’s turned into 9000 people on the Facebook page," he explained.

"We’ve launched the website to register trade formally so we can form a database. We’ve had 4000 individuals sign up there over a week now."

Smart's group is looking for everybody and anybody...

That ranges from "arborists, concreters, asbestos removalists and riggers" to do jobs including "hay runs, tool drops, and tool runs for communities that need them."

Robert Johnstone is a carpenter from Melbourne who has been volunteering for the group...

"We’ve been down [in Gippsland and Bairnsdale] in relief centers, and seeing lots of lost homes destroyed where people are just in complete shock," Johnstone said.

"We go down to provide initial relief, and help to rebuild lives."

The amount of people selflessly volunteering is truly incredible.

All we can do for now is hope and pray that the fires will begin to diminish, and we send our praises out to the heroes of Australia.