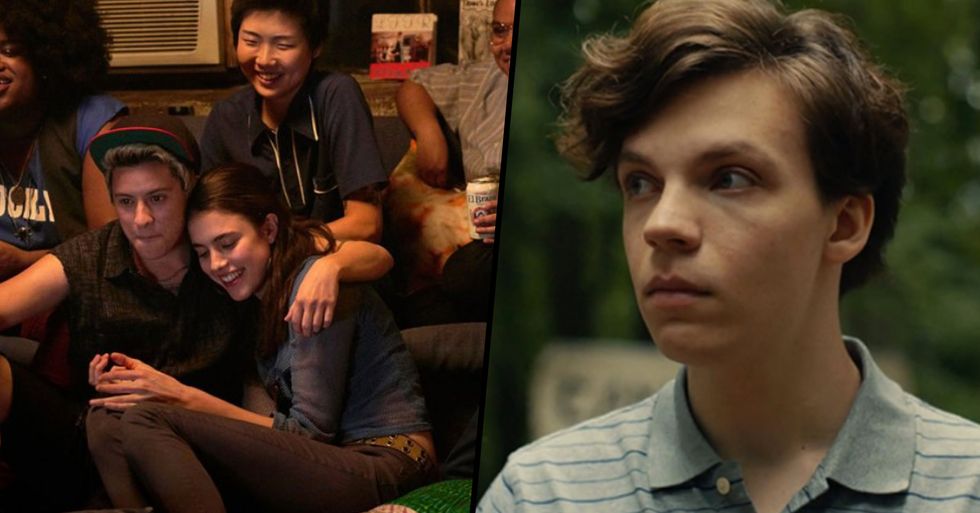 And this upcoming movie has just proved that yet again.

Keep scrolling for the official trailer that has made a lot of people very angry...

A new movie has stolen the spotlight for its controversial storyline...

But this one has gone as far as completely offending a whole group of people in our society...

But of course, discrimination against the LGBTQ+ community doesn't just happen in schools...

It's rife in the workplace too.

But while people are trying to minimize the hatred and bigotry towards the community...

It seems as though more and more problems are still cropping up.

And this bizarre film has now taken the spotlight for its controversial storyline...

It's so bad that thousands of people have signed a petition to make sure it doesn't get to theaters.

Have you heard of the film Adam.

According to it's IMDb description, this is meant to be a "comedy" and it tells the story of an "awkward teen Adam spends his last high school summer with his big sister, who throws herself into NYC's lesbian and trans activist scene. In this coming-of-age comedy, Adam and those around him encounter love, friendship, and hard truths."

The petition outlines the reasons why this film needs to be canceled...

It says this: "Adam the movie. It is a film adaptation of a terrible book. A quick summary of the book is: A cis man falls in love with a lesbian. So he fakes being a trans man. Then has a relationship with her. They have a fallout and break up. Then she goes and dates a cis man right after that. Which is implying that once a lesbian dates a man she is “cured" from being attracted to women. Which is very untrue. This movie is putting down trans men as not being real men. By implying that a lesbian would date a trans man. Which isn’t true, because a lesbian only finds WOMEN sexually or romantically attractive. This movie puts down Lesbian and Trans culture. Which the LGBT+ community does not tolerate. Please help me and the rest of the community stop a very terrible movie from coming out."

The comments under the petition are very troubling too...

All the comments under the post condemned the film for its controversial storyline.

This user commented this:

Someone else mentioned the President's name, as he is openly prejudiced against the community.

A lot of people held the same opinion...

It leaves a tasteless impression and, according to some, promotes lesbians as "easily fluid."

Wait until you see the actual trailer:

Let's just hope this strange and offensive film never makes it to the big screen. Keep scrolling to see how other shows are trying to promote a more inclusive message, much to a lot of people's dislikes...