People Are Sharing Their Favorite Facts, and They Are Fascinating | 22 Words 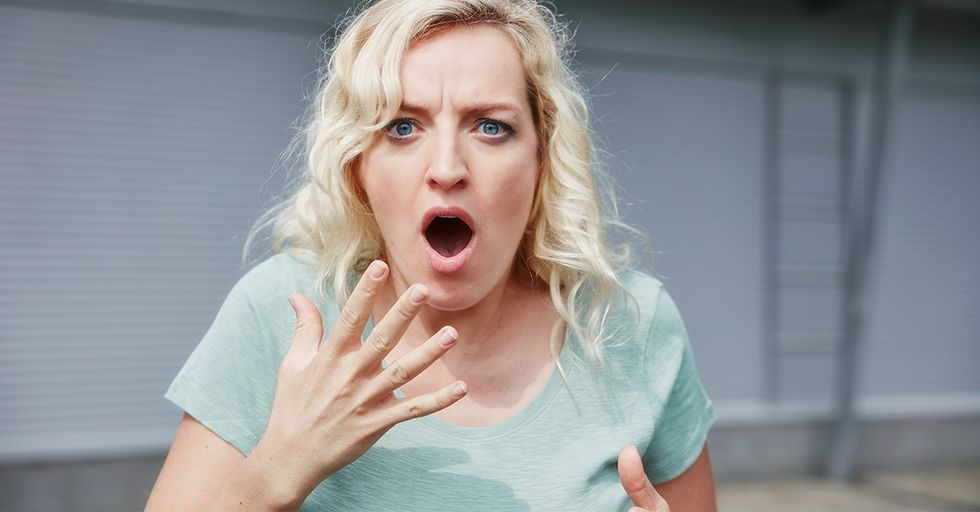 People Are Sharing Their Favorite Facts, and They Are Fascinating

Warning: This thread will make you gasp, and go, "No!" out loud to yourself, so you might want to do it in the privacy of your own home. Nicole Cliffe asks really great questions on Twitter, to which she receives some great answers back. Recently, she asked people to share their favorite weird facts. About anything at all! Some are historical, some are about biology, some are about grammar, but they are all fascinating.

Now, a disclaimer– I have no fact-checked these facts. Some I've heard before and know to be true. Others I am taking at face value. This is entertainment for you to scroll through while you're on the toilet at work avoiding your responsibilities. Oh, believe me. I know what you're up to. Anyway, enjoy these super cool, weird facts!

Cliffe recently asked — no — demanded that the Internet share their favorite weird facts with her.

And they did. Buckle in folks, because these are good.

We always think of classic authors as highly sophisticated and highbrow, but really they were garbage people like the rest of us.

This is new information to me. Cats are not of this world. I have decided they must be aliens.

Immediately after the American Civil War, there was a fad among newly-freed slaves to name their newborns after fig… https://t.co/E9tsVvImuK
— Iron Spike (@Iron Spike)1544586731.0

This is fascinating! I wonder why exactly this became a trend. The history of why names came to be popular is so interesting.

It took me two times reading this tweet to understand what he means, but then I was like, "Whoa." This is very cool, and also what psycho realized this?

This, folks, is literally the only reason to ever get a parrot. This is a genius idea.

This seems like a crazy fact since Jimmy Carter is still alive and all, but like, I guess it's not? I guess it's real?

Um, this is terrifying and there is clearly a curse on these people. They need to check the neighbors' names before they make any more moves!

He already has a beard in his name, so he doesn't need one on his face to fit in the band! But really, this is hilarious.

The pineapple plant is closely related to certain species of carnivorous plants, and actually has digestive enzymes… https://t.co/p47GMJlTfD
— Alycia (@Alycia)1544588984.0

I've heard this before! Basically, pineapple is the only fruit that eats you back while you're eating it.

Woolf's pet monkey saved her and her husband from the Nazis, which is basically definitive proof that everyone needs a pet monkey.

I swear, if they weren't the strongest, most dangerous animals on the face of the Earth, hippos would be the wild animal I would most want to cuddle with.

I love unlikely pairs of friends, and this duo is no exception. Honestly, I'd watch this movie.

@Nicole_Cliffe The New Mexico whiptail lizard is an all-female species. Their eggs grow without fertilization and a… https://t.co/Tduuoi5EsC
— Elle (@Elle)1544557451.0

So what you're telling me is that the New Mexico whiptail lizard has it totally figured out? And that we should strive to emulate them? Cool, cool.

This is my favorite crazy grammatical fact! I also realized that this person copy-and-pasted the first sentence from the Wikipedia entry about this sentence.

Could you imagine this type of thing happening now?! No, you could not.

So random, so silly, I love it! I hope Marisa Tomei does too.

I knew this for some reason! How crazy is that? I think Wendy is a very cool name.

Dude! Barry! Come on. That was the one song you were supposed to write.

Um, that's a very big mushroom. I wonder if it's edible.

My eyes got really wide when I read this. Like, what?! It's hard to comprehend.

"Total Eclipse of the Heart"

@Nicole_Cliffe Total Eclipse of the Heart was originally written as the love theme for a Nosferatu musical.
— Scott Purdy (@Scott Purdy)1544550029.0

What! That makes so much sense. But also, was this musical ever made? Because I very much want to watch it.

@Nicole_Cliffe Goats have accents and if you take two goats from different parts of the world they won’t be able to understand each other
— splash the fash (@splash the fash)1544563459.0

I love the idea of two goats trying to talk to each other and not understanding each other, tilting their heads and being generally confused about what the other goat is saying.

It's so beautiful!! I could look at this for days.

Um, what? How! Is it like a forest fire, or like, a campfire that people are stoking constantly? I need to know more about this fire.

You know, for the first President of the United States, George Washington didn't even know some basic facts about the planet's history.

Volunteering during the war

This is so good. Share with a nerd you know who loves facts!