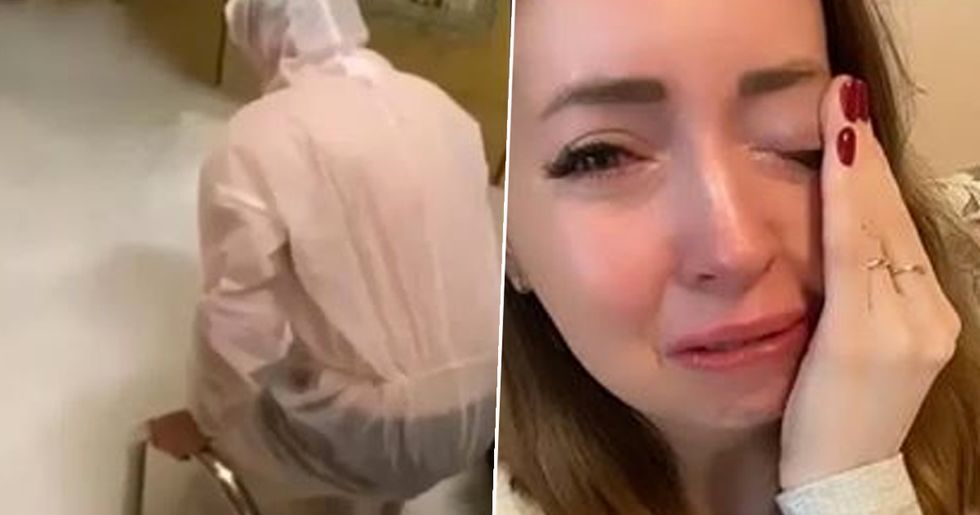 The world today is so vastly different from the world twenty years ago. And every other day there's some crazy new Internet trend that people won't stop doing, while others condemn them.

Keep scrolling to learn more about Internet fads and how dangerous they can be.

Like remember the whole blue bell ice cream licking trend a couple of months back. Facepalm. Bluebell was founded back in 1907, the Texas-based creamery has become widely popular with fans.

And then last year, the popular ice cream brand found itself at the center of a bizarre internet trend.

And last month we had a new viral trend on our hands.

Arguably more revolting than the ice cream licking 'prank',  this new trend involves eating cereal out of, yep you guessed it, someone else's mouth. Holy mother of Jesus.

A healthy mouth, someone with great teeth and an insane tooth brushing routine, still houses around 1,000 to 100,000 living bacteria on EVERY tooth. Why would you eat cereal out of there!

The first person is the 'bowl'.

And if they succeed without coughing, gagging, wretching, and spitting the cereal out, the second person becomes the eater - plunging a spoon into their friend/partners mouth before devouring the saliva pops. Unfortunately this guy didn't get that far.

It emerged on TikTok.

And people around the globe are equally disgusted. You can't blame them.

Would you give it a go?

But now one idea has turned deadly.

This is the story of Ekaterina Didenko, a Russian influencer, who has 1.2 million followers on Instagram, who decided to host an extravagant party for her 29th birthday.

The pool was designed as a cool visual stunt for Instagram after a reported 25kg (55lbs) of dry ice was dumped into the pool to impress guests at the Devyaty Val (Ninth Wave) complex.

People jumped into the pool.

Many people, intrigued by the smokey effect, immediately jumped into the pool, however they immediately began to choke and fall unconscious.

Three people have so far been confirmed dead and many others have been left hospitalised from the stunt. The Instagrammer's boyfriend, Valentin Didenk, was among the dead.
The other two victims were party-goers Natalia Monakova and Yuri Alferov, both 25, who were confirmed dead at the scene.

This is why you should never use dry ice to impress people.