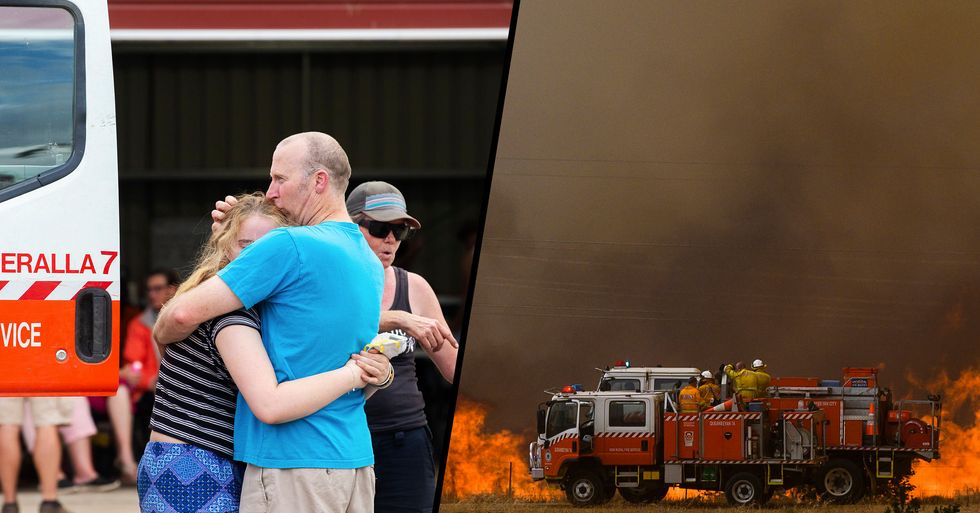 The country as a whole has been working tirelessly, but they are in need of help. American firefighters, being the selfless people that they are, decided to fly out to the country in order to aid the people there. However, a terrible accident meant that 3 heroes have lost their lives...

Keep reading to find out the details.

This was the scene when American firefighters arrived at Sydney airport.

There were around 100 firefighters sent to Australia from the States.

However, I must bring unfortunate news...

3 of those firefighters have been involved in a tragic accident that ended their lives after their water-bombing aircraft crashed.

The news was reported at 2 pm Australian time...

The New South Wales Rural Fire Service had “lost contact" with the crew of the Lockheed C-130 Hercules being used in operations in the Snowy Monaro area.

The cause of the crash has not yet been identified.

But further investigations into the crash will be carried out to determine the reason why it went off the radar.

The firefighters' identities have not yet been released either.

Altogether, 7 firefighters have now reportedly died. RIP to the heroes. You will always be remembered.

Watch the full clip of the firefighters first arriving in the country:

Let's just hope that all of the hard work and efforts of these amazing volunteers will eventually start to pay off. Keep scrolling to check out the pictures that truly sum up how devasting the bushfire crisis is. This is utterly harrowing...