Three New Sickening Allegations Have Emerged Against Dustin Hoffman, Including Exposing Himself to a Minor | 22 Words 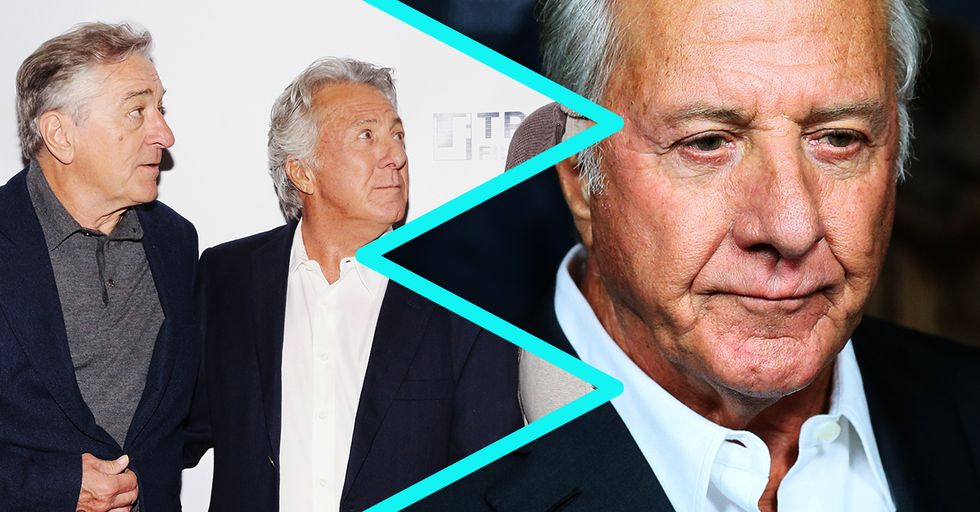 Three New Sickening Allegations Have Emerged Against Dustin Hoffman, Including Exposing Himself to a Minor

In 1980, Cori Thomas was a 16-year-old high schooler attending the United Nations International School. She was also close friends with Karina Hoffman, Dustin Hoffman's stepdaughter from his first marriage to actress Anne Byrne.

Cori, the daughter of a Liberian ambassador, wanted to become an actress, so she was very pleased when she and Karina spent one Sunday with the actor, who was in the middle of a divorce from Anne Byrne.

The day was magical. The trio visited the Drama Bookshop, where Hoffman bought Thomas a copy of Edward Albee’s The Zoo Story. Afterwards, they ate dinner at Jim McMullin’s on the Upper East Side. Thomas remembers having veal piccata for the first time.
"This was at first one of the greatest days of my life," Thomas said to Variety. "One of my idols was spending time with me and talking with me respectfully."

During the afternoon, the trio also visited Hoffman's new apartment in the San Remo, a building on Central Park West, which was undergoing renovations. While he was waiting for the renovations to finish, Hoffman was staying at a hotel near the house he and Byrne used to live.
Thomas' father had been supposed to pick her up at the restaurant after dinner, but Hoffman suggested they go to his hotel room to wait.
Once they arrived at the hotel room, however:

Either Karina or Dustin suggested that [Karina] should go home" to Hoffman and Byrne’s house nearby... because it was a school night and she had homework. So she left, and I was left in the hotel room with him alone.

This, as it turned out, was a horrific mistake.

Five more women have accused Dustin Hoffman of sexual misconduct, including two who say he exposed himself to them… https://t.co/yLBHEdxz5G
— BuzzFeed News (@BuzzFeed News)1513299675.0

When Karina left, Hoffman took a shower. Thomas, meanwhile, sat in the room, waiting for her parents. To her shock, Hoffman then:

Came out of the bathroom with a towel at first wrapped around him, which he dropped... He was standing there naked. I think I almost collapsed, actually. It was the first time I had ever seen a naked man. I was mortified. I didn’t know what to do. And he milked it. He milked the fact that he was naked. He stood there. He took his time.

When Hoffman finally put his robe back on, he asked Thomas to massage his feet, which she did, still in a panicked haze. She says he kept telling her, "I’m naked. Do you want to see?"

Thomas ignored his comments until her parents came. She did not say anything until decades later, but her mother, she says,"always had some instinct that something untoward had happened. She kept asking me, and I was so mortified, I never said anything."
This was not the first time Hoffman sexually assaulted a woman, nor would it be the last. Two more women have come forward alleging that Hoffman penetrated them with his fingers, traumatizing both in the process.

This joins other recent allegations of assault against Hoffman. One woman, for instance, details Hoffman's systematic sexual harassment when she was a teenaged intern working on one of his films. Another, a screenwriter, details how Hoffman attempted to coerce her into sex in exchange for starring in one of her screenplays.
Then of course, there's all the times Hoffman himself has admitted to sexually harassing women, notably with The Graduate costars Katherine Rose –  (love interest Elaine) and Anne Bancroft (Mrs. Robinson). He groped both at different times during the movie.
At this point, it seems we are virtually inundated by allegations of sexual assault, some severe and some seemingly minor, so a quick reminder. Sexual assault or harassment of any kind can severely impact its victims. What may seem like a tiny thing to someone can inflict lasting psychological impact to others. The allegations against Hoffman are just a reminder of how pervasive sexual harassment and assault are in our society and culture.