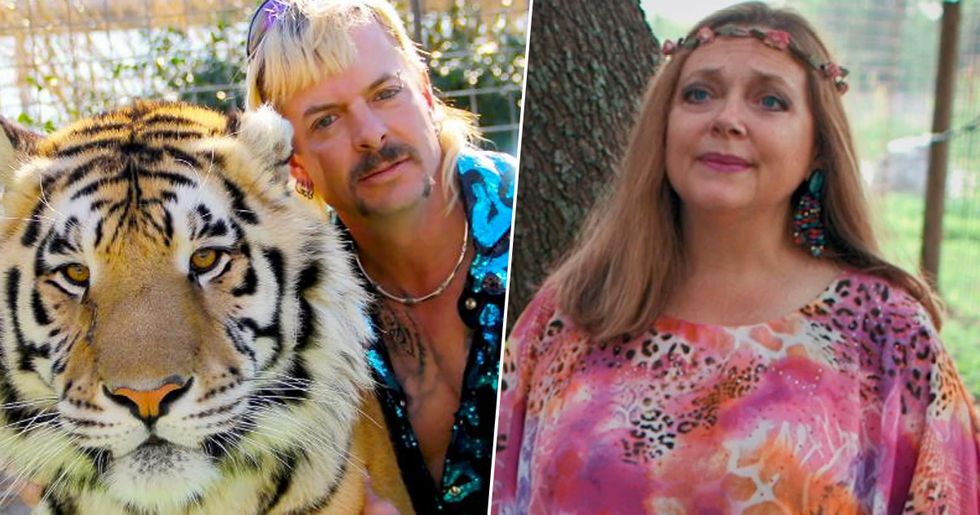 But now, after a remarkable 25 days as Netflix's most watched title, the hit series has been dethroned and we have something new to binge watch during lockdown.

Keep scrolling to find out the new title holder!

And it is perhaps the most binge-able Netflix show to date.

And it seems there's still more left in the canon...

There have been endless rumors about a supposed extra episode of the show.

The rumors are true! Netflix confirmed the news of the hotly-awaited extra episode.

The new episode is titled The Tiger King and I.

According to the streaming service, it will feature interviews with John Reinke, Joshua Dial, John Finlay, Saff, Erik Cowie, Rick Kirkman, and Jeff and Lauren Lowe.

The episode will be hosted by Joel McHale.

And is being dubbed an "after show" to the hit series.

Fans are excited by the news, to say the least.

Our prayers truly have been answered.

A new theory has also been doing the rounds.

And many fans of the show genuinely believe what it says about Carole Baskin's first husband.

They think her husband is... high-key conman and Las Vegas lothario Jeff Lowe. One of the men who helped the authorities put Joe Exotic behind bars

One fan of the show wrote:

Jeff is Carole’s abusive first husband who she paid off to go take Joe down. She rented a mansion and that caw to draw him in. Jeff and (James Garretson) even admit they directed Joe to kill Carole. When Joe didn’t do it, they needed him to pay, he didn’t. So Jeff sent his friend and he ‘chickened out’ on purpose.

Carole then paid them all off. All the convicts around him, except (Kelci Saffery) and (John Reinke). Too bad I wasn’t the police investigator, I would of definitely caught this bullshit. Jeff even told the cops about the Tiger skulls, because they didn’t have enough to keep him otherwise on the bogs ‘killing plot’.

There's a few big flaws in the conspiracy theory, such as that their ages don't add up - but many people still like the idea of it... What do you think?

And Tiger King has just, and literally just, been dethroned as Netflix's most popular show.

After a mega 25 days on top, Tiger King has now been slain! And there's a new king in town.

And it's such a weird one.

So what has replaced Tiger King. A new true-crime series? A gritty documentary on prison reform? No.

Yeah. Honestly. Tiger King has just been wiped off the number one spot by none other than light-hearted 2010 comedy, Despicable Me.

I don't quite know what to say.

But you know what, I might just watch Despicable Me tonight.