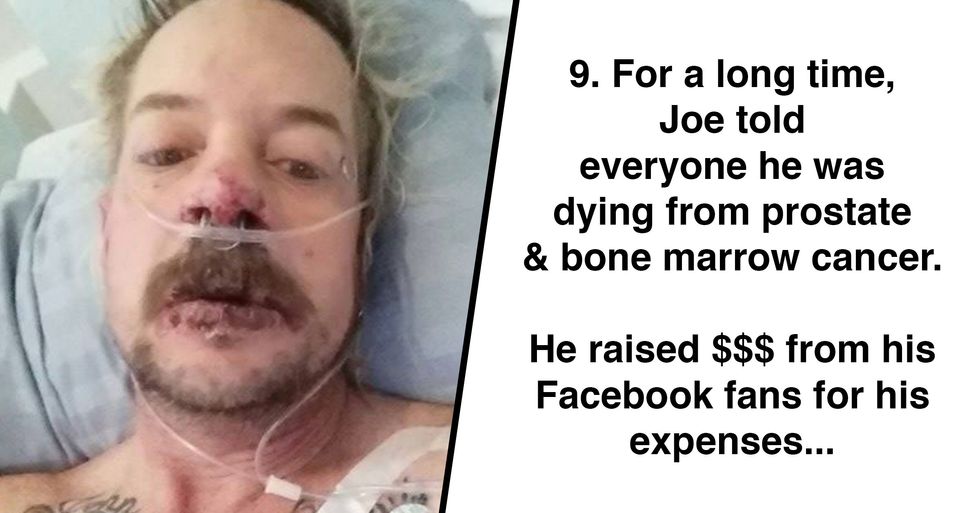 Netflix's Tiger King has taken the world by storm. From memes to conspiracies, the internet truly can't get enough of the docu-series.

But did the Netflix show actually show the whole story? Well, according to an insider, there were quite a few things that were left out.

Keep scrolling for twenty-three insane facts that failed to make it to our screens...

There's no doubt the doc-series is a wild ride.

But it seems there were some major facts that were left out of the show, according to an insider...

Robert is a reporter who spent years working on interviews - even staying at Joe's zoo at one point.

And we've listed them all for your scrolling pleasure...

1. Let's talk about the songs

Okay, we kind of already knew this.

We have no words for this one.

Robert linked to an article in the New Yorker detailing Goode's past. Brace yourselves for this one...

He's hung out with Madonna...

And that's just the start of it.

Turns out he used to date Naomi Campbell...

And he's pretty rich too.

On the flip side, turtles and tortoises are his passion.

How did Joe find out Robert had interviewed the case officer?

Turns out, the case officer was also Joe's limo driver...

This one has popped up on the internet a few times now. Saff uses he/him pronouns and identifies as a trans man, despite the show depicting otherwise.

9. Joe lied about having cancer

He even profited off it. That really is low...

We've all been wondering where the heck it was. Now we finally have answers!

He ended up fleeing to Norway, where he still lives today.

Carole's ex-husband's unsolved disappearance was one of the most gripping storylines of the show.

We would definitely watch this!

You can check out his new pearly whites at the end...

Things are about to get weird...

He was a former hitman...

But apparently Joe never approached him about having Carole killed.

16. An unclear detail regarding Alan Glover

Keep scrolling for the manuscript... this is very juicy.

In the trial, Alan testified that he did in fact go to Florida.

Throughout the whole trip, Alan was drunk and high on drugs.

However, he still claims that he didn't meet up with Carole during his trip.

16. Joe's lawyers claimed that Alan made the Florida story up

He was confronted about making the story up.

Alan tried to dismiss claims that he didn't take his phone because he simply didn't go to Florida.

He remains adamant he is telling the truth...

Despite there being nothing to verify his story.

This secretly taped conversation between Joe and James was played at the trial.

This one is just all-out strange...

Houses burning down once again.

19. Jeff Johnson used to be friends with Joe

But, after falling out, he started an online campaign to try and expose Jeff and Joe.

20. Why did no one at the zoo ever speak out about Joe?

Well, according to Robert, Joe's employees had to sign a one million dollar disclosure agreement.

21. Back to the mysterious case of Don Lewis...

His signature on the restraining order reportedly doesn't match the one on the power of attorney.

Carole has been confronted about this, but she simply said: "he could barely read or write anyway."

Joe did have an alligator at the park, but it survived the fire.

Joe claimed to be a cover star, but the magazine in question allows you to pay to be put on the cover. And that's a wrap! For more Tiger King, scroll on to check out John Finlay's new set of pearly whites. He looks totally unrecognizable...