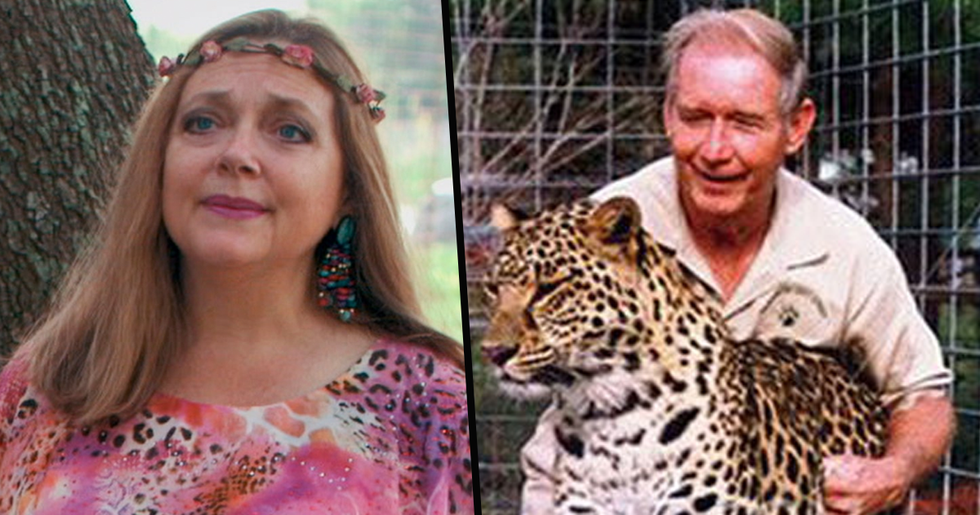 Carole Baskin is the world's new obsession and people are convinced that she had something to do with the disappearance of her ex-husband, Don Lewis.

But now, Don's former attorney has made some pretty bold claims about his "death"...

And we all know why. But firstly, let's start from the beginning...

As the years went on, Joe's obsession with Carole grew...

And things began to get dangerous.

And even though this is poking fun at real-life events, we cannot get enough during our lockdown boredom.

But now, new evidence has emerged...

Don Lewis' former attorney, Joseph Fritz, is convinced that the millionaire was murdered, according to a recent episode from the Fox Nation series, A Tiger King Investigation.

It is time to hear Joseph's professional opinion...

"What do you believe happened to Jack Don Lewis?" host Nancy Grace asked the attorney in the most recent episode.

He strongly believes he was murdered in an airplane...

"What I had heard was that he was strangled from the backseat of an airplane over the Gulf of Mexico at fifty feet and dropped out over the Gulf," Joseph said, noting that Don preferred to fly low under the range of radar detection because his pilot license had been revoked.

He believes that Don was coaxed to a private county airport lured by a deal to purchase an aircraft and was murdered.

"Don Lewis, he was terribly cheap while he was very wealthy. He was cheap beyond belief. What would have lured him more than anything else is a good deal on an airplane? So that's what I assume happened - that he got lured up to the Pilot Country Estates to look at an airplane," Joseph went on to explain.

"In my view, there’s no question but that he was murdered."

Joseph then spoke of how Don loved his cats, saying, "He never would have just walked away from them – ever. He was proud of those cats. He loved his cats. Some force made him leave."

The only question remaining is... was Carole behind this?

And make sure to keep scrolling to check out the sign Baskin-Robbins displayed to ensure they have nothing to do with Carole Baskin...