Huge congratulations to all involved. | 22 Words 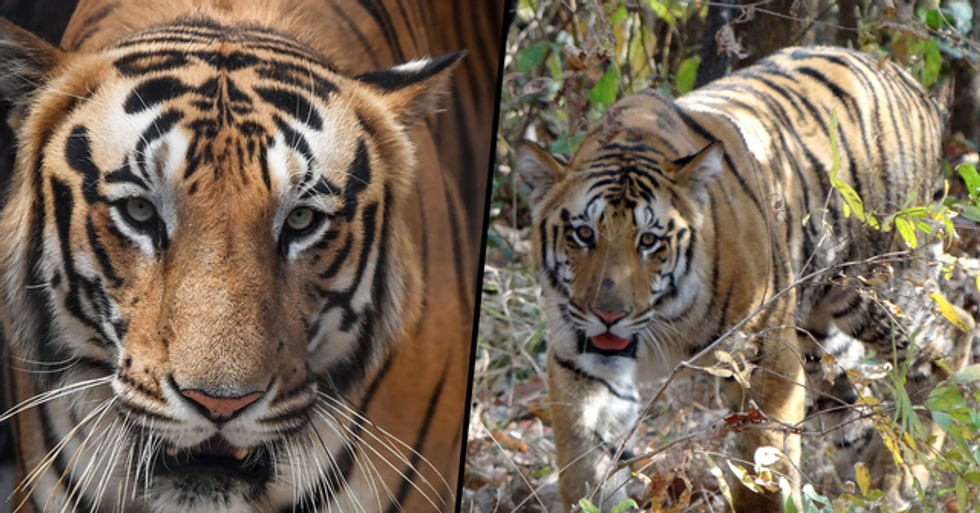 Mother Nature truly is a beautiful thing - and today, we've actually had some good environmental news. The tiger population of India has doubled in the last 12 years, suggesting they may be saved from extinction...

And many Indian leaders took to Twitter to praise the beautiful animal.

And there was an exciting announcement.

The population of wild tigers in India's Project Tiger has doubled from 1,411 to 2,967.

Which is an absolutely monumental increase.

The reserves make up more than 60% of India's tiger population.

"Despite India’s constraint of 2.5% of global land, 4% of rainfall and 16 % of world’s human population, India is home to 8% of world’s biodiversity, which includes 70% of the world’s tiger population," explained India's environmental minister.

Many of India's most powerful people have spoken out.

The day was seen as a huge marker of their successes.

Balancing between modernisation & conservation, PM @NarendraModi ji has been on the forefront to save tigers - our… https://t.co/ZN9kPS9kOS
— Piyush Goyal (@Piyush Goyal)1595989879.0

We don't want to imagine a world without tigers.

Huge congratulations to all involved.

It's so nice to hear some good news with all the terrors we're currently facing!

We hope to see even more tiger success in the future!

Want more positive environmental news? Scroll of for the inspiring story of one Galapagos tortoise.