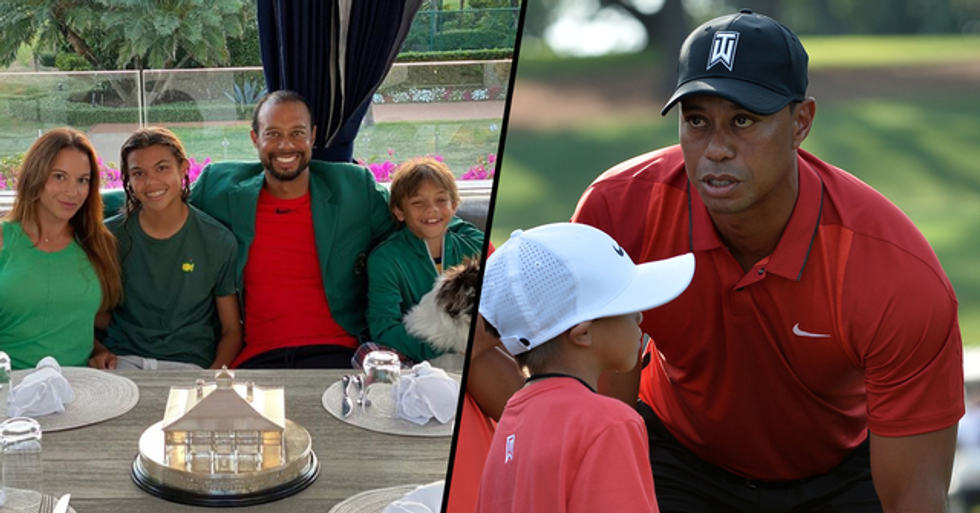 Tiger Woods is an undeniably incredible golf player - and it looks as though his son is set to follow in his footsteps!

He's widely regarded as one of the greatest athletes ever.

In fact, next year, he's set to be inducted into the hall of fame.

In fact, he's listed as having 110 professional wins and titles. Not bad!

But alongside his golfing, there is something else Woods is known for.

Back in 2009, a relationship scandal of huge proportions eventually led to his divorce from wife Elin.

Following the split, his career took something of a nose dive.

He fell to 58th place in the world and it looked as though he might not recover.

But over time, he got back in the game.

Alongside his multiple professional successes, Woods has other achievements, too.

His two kids, Sam Alexis and Charlie Axel, that is.

In spite of their parents' relationship breakdown, they're thriving.

And it seems Charlie is set to follow in his father's footsteps.

And, as you'd expect with these genes, he's also very good at the game, too.

And this weekend, he participated in a U.S. Kids Golf-sanctioned event at Hammock Creek Golf Club in Palm City, Florida.

Charlie absolutely dominated the competition, and the internet is loving it!

Which isn't exactly a huge surprise.

He finished with no bogeys and three birdies. No, us neither - but apparently this is very good!

But what's even cuter?

The fact that Tiger was there to cheer on Charlie.

In fact, he even carried his son's clubs.

Want more from Woods? Scroll on for his adorable (and heartbreaking) relationship with the late Kobe Bryant.