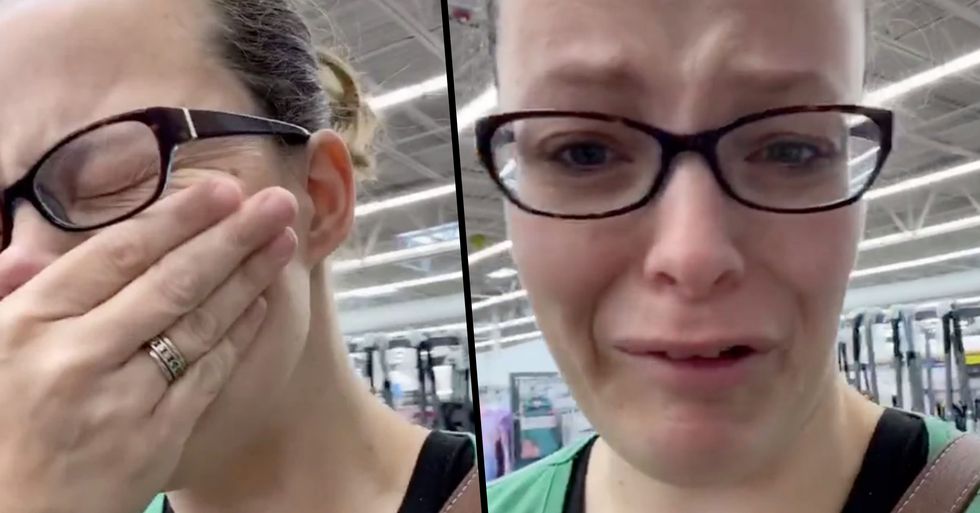 Amid all the frenzied stockpiling emptying our supermarket's shelves all over the world, many people are struggling to provide properly for their families.

And, after a desperate mom took to social media to share her dismay over the lack of diapers available for her daughter, people all over the world are calling for serious change.

Keep scrolling for the full story, and to watch the heartwrenching video for yourself...

208,471, to be precise. And, devastatingly, a staggering 8,312 more have been reported to have died from the illness.

Since the first COVID-19 patient in Washington, there have been 7,636 more confirmed cases across the country and 117 deaths.

But, amid all the panic and hysteria...

And one desperate mom has now taken to social media to share her complete and utter despair.

Lauren Whitney, who has 4 children to care for, was out at her local Walmart to buy some diapers for her youngest daughter.

Doesn't seem like too much of a challenge, right?

Well, normally, it wouldn't be. But, thanks to the selfishness and thoughtlessness of those who are stockpiling, Lauren found that there weren't any diapers left.

She filmed the ridiculous scenes to share with her friends.

Where she said: "To all you crazy people buying out all the diapers." She then gave a sarcastic smile and standing alongside the sparse shelves.

Lauren becomes too overcome with emotion and bursts into tears.

"How am I supposed to diaper my child?"

"If I can't afford to buy twenty at a time like you can?"

After being accidentally posted onto TikTok, Lauren's video was quick to go viral...

And people were simply horrified by what they were seeing.

"I took the video intending to keep it in my drafts, but accidentally uploaded it and logged on an hour later to see it went viral. I debated taking it down, but decided it needed to be seen," Whitney told BuzzFeed.

No mother should ever be reduced to such stresses while providing for their children.

This ridiculous stockpiling needs to stop, and people need to get a grip.

"I'd love for people to realize that all this panic-buying and hoarding is making it hard for lower-income families or families on a budget."

We all need to be looking out for each other...

But everyone's wondering the same thing...

Did Lauren manage to find some diapers in the end? Luckily, she did! "I found two boxes in her size. I purchased one and left the other for someone else." You can watch her original video above.

It's needless to say that the coronavirus has turned our world completely upside down...

And it has pushed back many major movie and TV show releases. Keep scrolling to find out which ones...