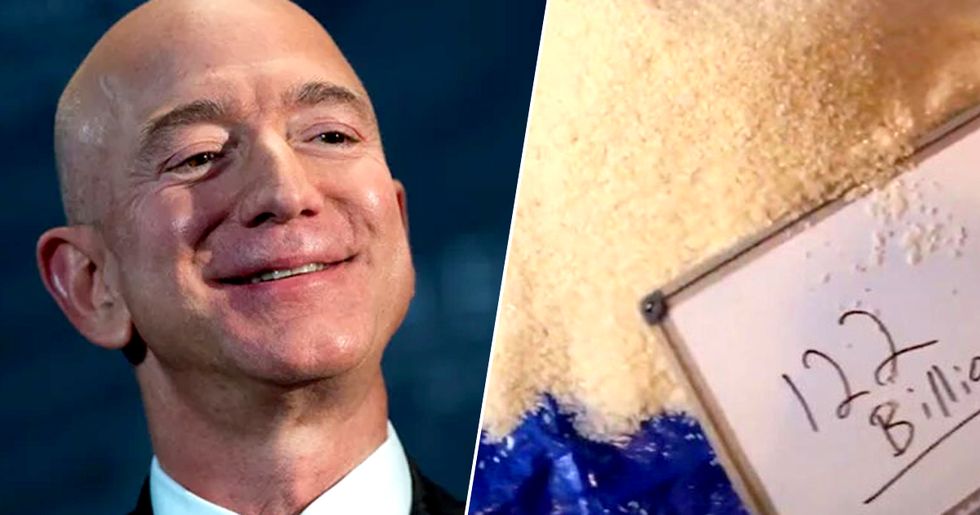 Jeff Bezos, the founder and CEO of Amazon is the wealthiest man in the world - but just how much money does he really have?

Well one Tik Tok user has decided to demonstrate to us the total absurdity of his wealth and it's pretty sickening to be honest.

But just how much is Bezos worth?

Well we've said it before but we'll say it again. Jeff Bezos is worth more than an astonishing $121 billion...

But how much is that?

Well thankfully one Tik Tok user has demonstrated the ridiculous nature of his wealth by using rice to make it easy to understand.

He worked out $1 Billion in rice.

Yang weighed out a pile of rice representing $1 billion, then he did the math and calculated how much rice he would need to represent roughly $122 billion.

Yang is forced to spread out a blue tarpaulin on the floor of his home before pouring out the insane collection of rice. The difference between the $100,000, $1 billion, and $122 billion is truly astonishing.

Surely no man deserves that much.