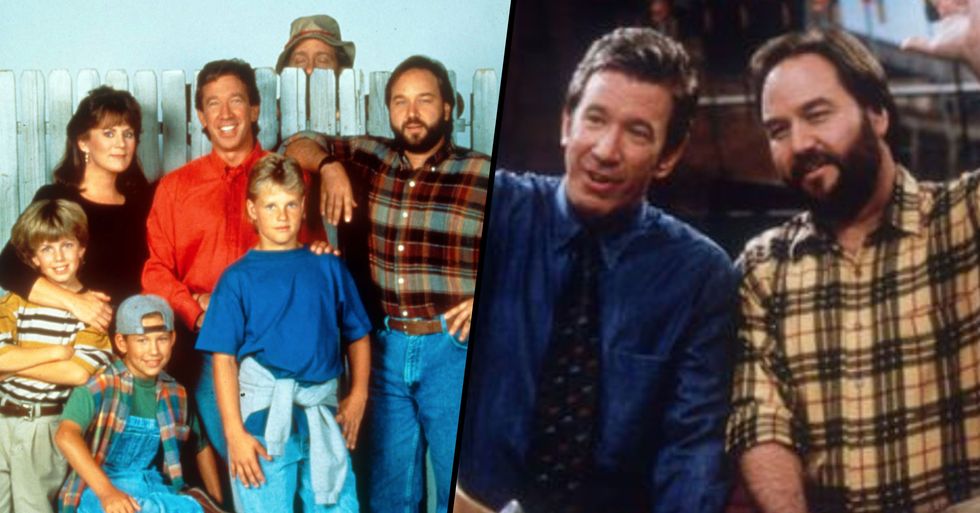 The internet is feeling excited!

The sitcom first airing in 1991 was a total classic!

Tim Allen had the starring role.

The show followed his daily trials and tribulations.

The supporting characters were all also hilarious.

There were his loyal co-host, loving wife, and eccentric neighbor.

Alongside his 3 mischievous sons.

And it seems many fans still miss it!

And now fans of the show have some exciting news.

A reunion (of sorts) is on the horizon!

It's gonna be so good to see them back on the screen again...

It's not a remake of the original.

In fact, they're going to host some sort of competitive series...

The working title is Assembly Required.

Allen and Karn will be putting DIY competitors through their paces...

It'll also have an educational element.

Each week, we'll learn more about a classic household item or piece of furniture...

Needless to say, the internet is feeling excited.

I've always admired people who repair something instead of replace it. So, I created a competition show with… https://t.co/0MtyUIAG5t
— Tim Allen (@Tim Allen)1598369443.0

Want news of another reunion? Scroll on to see the cast of Malcolm in the Middle back together again...