Lin-Manuel Miranda is the king of positive tweeting. | 22 Words 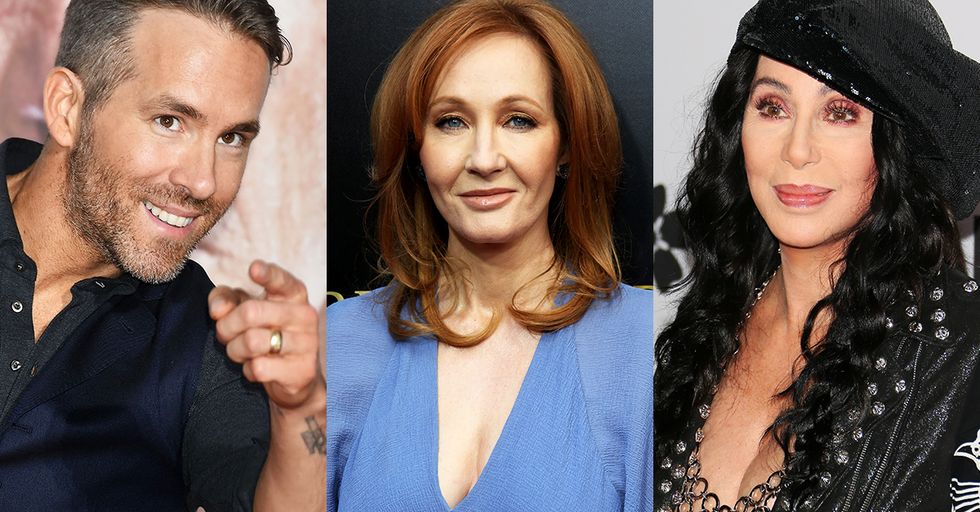 These Celebs Hilariously Responded To Their Fans On Twitter

We've all been there - desperately tweeting our favorite celebrities, just hoping for an answer. It's the perfect way for us to become BFF's with them. They'll see our witty tweet, and decide that of course, we should be friends!

The truth is, quite often this isn't how it plays out when a celebrity answers a fan on social media. In fact, it almost never does.

But let's be real. When a celebrity does answer us, it feels great no matter what it says.

Even if they're clapping back at something we said, or just barely acknowledging our presence, it still makes us feel pretty cool. And some celebs interact with their fans way more than others.

Here are 18 celebrities that get into it with their fans on social media. And thank goodness they do because we could all use a little more ridiculous celeb nonsense in our lives right now.

This J.K. Rowling clap-back is everything.

This tweet exchange between Chrissy Teigen and Busy Philipps proves that celebs can be fans of each other.

And have awkward interactions with each other on social media. Stars: they're just like us!

Zendaya has no time for people who hate on her teams.

Also, there's no way you can be a Zendaya stan if you don't know she's from Oakland. Get with it, Twitter! The next celebrity/fan interaction is too sweet to be real.

Ariana Grande is always there for her fans.

It's no surprise that the pop star loves her fans dearly. They've gotten her through some dark times, and they love her unconditionally, so of course, they're going to interact on Twitter.

Go, Frankie, go! If you're going to tweet things at Frankie Muniz, be prepared for a very sassy (true) reply.

Cher will not put up with you.

And why should she? She's Cher. She's an icon, so leave her alone.

Aaron Carter remembers everything about his party.

We all remember how crazy Aaron's party was. Thank goodness he found out who spilled on his mom's beloved new cushion.

Taylor Swift is the OG of interacting with her fans.

Some might think she's a snake, but her fans know the true Taylor. And she's a gal who will read her fans letters, and it's absolutely precious. Who else talks to fans on Twitter?

She may have started out as a Disney tween, but Hilary Duff is never going to be "so yesterday." Keep tweeting us, Hil!

The sass queen of primetime television, Ellen Pompeo hilariously tweeted a fan that she was sassy, not drunk. Girl, we feel you.

Lin-Manuel Miranda is the king of positive tweeting.

Not only that, but the Hamilton creator and star always makes times for his fans. What a bright little musical light he is.

Who knew Andy Roddick was such a troll?

He used to be a tennis player, but now we think that Andy Roddick is going into professional internet trolling. He burst this fan's bubble in the most hilarious way.

Sophie Turner can't help but laugh at her TV brother.

By simply replying with a bunch of haha's to this fan, she helped this tweet go viral. Also, yes, somebody please stop Kit. So many celebrities tweet back at their fans, it's kind of shocking.

This Hilarie Burton story and interaction is really great.

We're all jealous of Hilarie Burton and Jeffrey Dean Morgan. Always. Some people just have it all - a great career and a smoking hot spouse. It's fine. We're fine.

It's always the best when the least likely celebrities to have the best social media accounts completely slay on the internet. Who knew Michael Bolton would kill it on Twitter?

Ira Glass is the best.

Hey, if we sounded like Ira Glass, we'd imagine our own voice constantly. How can one man hold such power with merely his voice?

Have we learned nothing? Nobody can ever own at Twitter the way Cher does. Nobody.

Ryan Reynolds is the king of biting wit.

Also, he's right. We should probably all call our moms. Share this on Facebook with somebody who tweets celebs as much as you do!