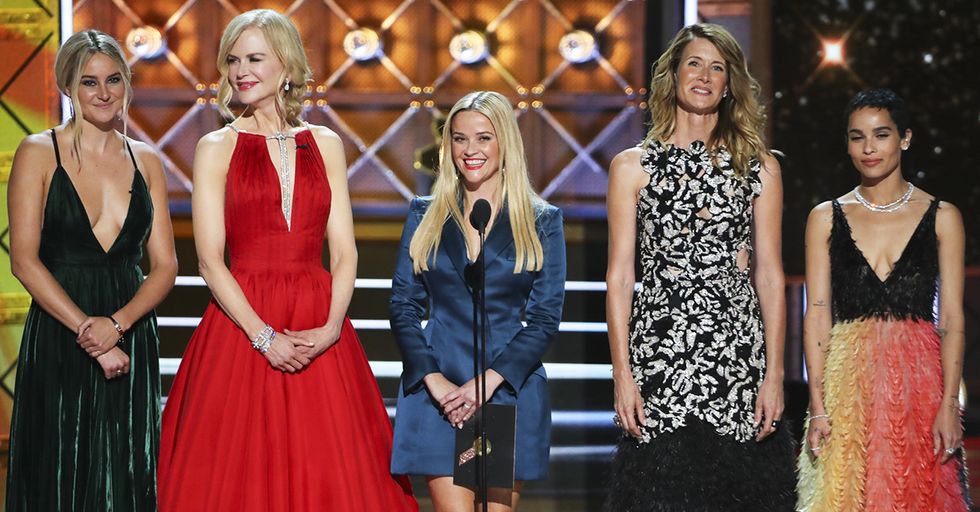 The constant scrutiny, the demanding hours, the paparazzi always in your face — all that pressure could make any reasonable person snap.

Honestly, it's amazing that some celebrities have even maintained the illusion of normalcy

We don't blame them, but we'll also never tire of watching their epic meltdowns. If you ever find yourself wishing to be in the public eye, these 19 celebs are here to remind you that being famous is not all parties and private jets.

Charlie Sheen ranted on air, but also gave us one of the best catchphrases of the year

In a completely bizarre interview with ABC in February of 2011, Charlie blasted Two and a Half Men creator Chuck Lorre, claimed he had tiger blood, and peddled a new drug called Charlie Sheen that promises to melt your face off. Charlie also proclaimed that he was "not bipolar but 'bi-winning.'" After that, we were all #winning.

Alec Baldwin got kicked off a flight because he wasn't finished with his game, and we can honestly relate

In December 2011, an intense Words With Friends match got Alec Baldwin booted off an American Airlines flight when he refused to quit playing at departure. We're not sure if Alec is accepting new competitors at this time, but we really appreciate his commitment to the game.

Chris Brown lost his shirt and also his damn mind

On Good Morning America in March of 2011, Chris Brown was asked about the 2009 assault of his then-girlfriend Rihanna, and to say he was triggered would be an understatement. The singer stormed off stage, ripped off his shirt, and threw a chair out his dressing room window. That's one way to say, "No comment."

While promoting her disastrous movie Glitter on TRL in 2001, Mariah Carey brought along an ice cream truck and a striptease, as well as one of the more unforgettable interviews in TRL history. Mimi ended up in a hospital days later for "extreme exhaustion," where we're hoping she got the break from the limelight she needed (and maybe even the chance to learn to ride a bike like she wanted). Speaking of botched performances...

During his Life of Pablo tour in November of 2016, Kanye West gave his fans an unexpected (and unwanted) surprise when he ranted about everyone from Jay-Z, to Beyoncé, to Mark Zuckerberg, to former President Barack Obama, claiming that they were all "fake." We're going to let you finish, Kanye, but that was probably the worst concert performance of all time.

While guest-starring on The Oprah Winfrey Show in May of 2005, Tom Cruise shocked the unflappable Oprah by hopping up on her couch and proclaiming his love for his then-girlfriend Katie Holmes (who now, unsurprisingly, is his ex-wife). As far as romantic gestures go, we'd prefer something that doesn't piss off Oprah.

Lamar Odom took a crowbar to a paparazzo's car, and Khloé Kardashian dodged a bullet

When asked about cheating rumors by a photographer in July of 2013, Khloé Kardashian's then-husband Lamar Odom threw the photographer's equipment into the street and then proceeded to take a crowbar to the photographer's car. Once again, not the best way to say, "No comment."

Lindsay Lohan pocketed more than $100,000-worth of watches and sunglasses and officially became uninvited from all of our future parties

In August of 2012, the Los Angeles Police Department suspected Lindsay Lohan of leaving an all-night party in the Hollywood Hills with more than $100,000-worth of the party host's belongings in tow, the fourth burglary suspicion for LiLo in four years. If at first, you don't succeed, then you probably shouldn't try three more times.

Justin Bieber's fans wouldn't let him mop up the stage, so he left it

During a concert in Oslo, Norway in October of 2015, Justin Bieber got fed up with grabby fans who interfered when he tried to clean liquid off the stage, and he stormed off, deserting the concert after playing just one song. Never mind, Kanye — we think Biebs dethroned you for the worst concert of all time. Now you would never expect this next celebrity to lose her cool.

In April of 2013, Reese Witherspoon and her husband, Jim Toth, were pulled over for suspicion of intoxicated driving, and Reese was not afraid to let her displeasure be known. "Do you know who I am?" she asked the officer. "You're about to find out who I am." Reese may be an Oscar-winner, but her 'sober' impersonation needs work.

In May of 2007, a videotape circulated of an inebriated David Hasselhoff, on the floor and clad only blue jeans while clumsily eating a hamburger. His daughters had captured the moment in an attempt to get their father back on the wagon, but it only ended up showing a drunk Hoff is no match for a hamburger.

A cameraman bumped into Lil Wayne, and Weezy made sure that man would live to regret it

While appearing at DirecTV's annual Celebrity Beach Bowl flag football match in February of 2013, Lil Wayne was accidentally bumped into by cameraman during the post-game trophy presentation, and Lil Wayne let 'em have it. Two teammates held Lil Wayne back as he berated the cameraman with expletives, demanding apology. Being Weezy ain't easy (but apparently, neither is being a cameraman in Weezy's way).

Vanilla Ice destroyed an MTV set with a baseball bat, which is probably the closest he's ever come to earning street cred

While on the set of "The MTV Lame 25" in April of 1999, Vanilla Ice's "Ice Ice Baby" music video was dubbed the ninth worst of all time, and Vanilla Ice didn't take the news well. The "rapper" attacked the set with a baseball bat, scaring (and probably scarring) the hosts in the process. Who would have thought Vanilla Ice would so easily lose his cool?

Christian Bale had his eyeline blocked on set, and he didn't offer any chance of salvation

While filming "Terminator Salvation" in July of 2008, the film's director of photography accidentally walked into Christian Bale's eyeline during a shot, leading to an expletive-laden tirade from the actor. Forget Batman and American Psycho — angry Christian Bale is the person we should really fear. We know celebs have a complicated relationship with cameras, but this next one really takes the cake.

At New Zealand's Auckland International Airport in January of 2008, Björk attacked a photographer by ripping his shirt from behind after the photographer snagged a few photos of her. A similar incident happened in Bangkok's airport in 1996, when Björk released her fury on another journalist with repeated slaps to the face. Swans may look cute, but remember, they attack when photographed.

Britney Spears shaved her head and attacked a car with an umbrella, giving the internet fodder for approximately forever

In February of 2007, Britney Spears infamously took her umbrella to a photographer's car while sporting a shaved head, an incident that she later claimed was "method acting." On her website, Britney wrote, "I was preparing my character for a role in a movie where the husband never plays his part, so they switch places accidentally." Seems legit.

In July of 2013, after a string of bizarre behavior, Amanda Bynes started a fire with a canister of gasoline in the driveway of an elderly stranger, an incident that led to burned pants, a gasoline-soaked Pomeranian, and a psychiatric hold. We're pretty sure this case is too strange for even Judge Trudy to handle.

Bill O'Reilly lost it with his staff off-air, giving us another catchphrase for the ages

While working at Inside Edition, Bill O'Reilly experienced technical difficulties with the teleprompter before going on air, and to describe his reaction as displeased would be a gross understatement. The video that circulated after the fact shows Bill's rant against his staff, as well as his ultimate decision to just "do it live." You do you, Billy.

Shortly after announcing her separation from Ellen DeGeneres in August of 2000, Anne Heche wandered to a rural home near Fresno —wearing just a bra, shorts, and shoes — and announced that she God and would take everyone up to heaven in her spaceship. Breakups are hard, but being a celebrity might just be harder. Now go share this with the biggest divas you know!