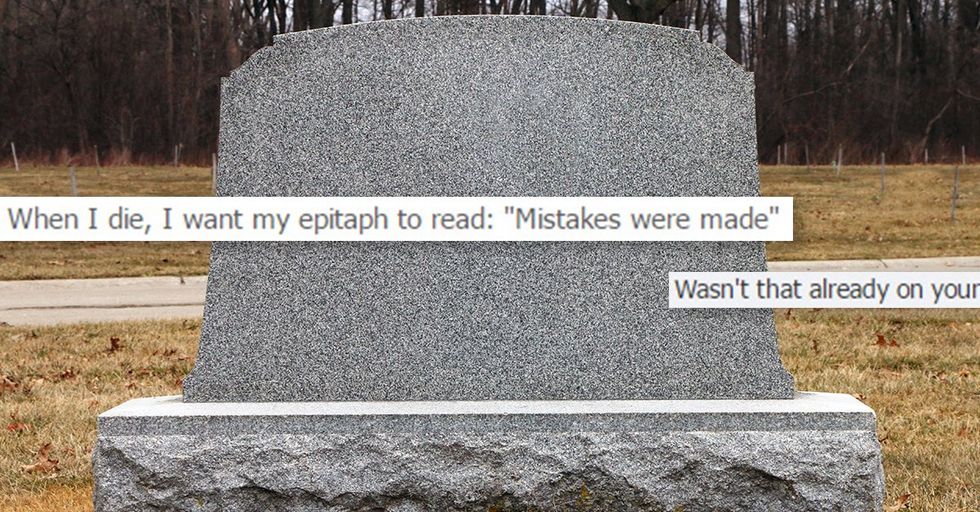 For better or worse, pretty much everyone from your friends to your parents are on Facebook. And while you might unfollow some of them for their stupid posts, there are others who instead craft the most absolutely perfect response that you can't help but "like."

In other words, the comebacks will make you come back again for more.

Too bad Facebook doesn't have spellcheck. Then again, we would miss out on all of this fun.

We are all so very grateful.

You might think you're smarter than the teacher, but you would be thinking wrong.

Maybe he really did mean what he said and simply has no shame...or much of anything else.

At least he was a good sport about it.

Commas are very important, especially if you're passive-aggressively calling out your absent parent, apparently.

Don't waste your breath with this one. It's best to just move on.

I don't think they know how that taxi thing works.

Make a snarky statement, get a snarky reply.

If at first you don't succeed, try, try again.

Great. Even mom's turning on him now.

You might want to look into a different profession.

That sounds like something one should discuss in therapy.

Well, faith comes in all forms.

And with just one or two shots, so can you!

Maybe you should take some better notes when at school...unless you're into some really weird crap — literally.

Someone put a lot of thought into that one. Totally worth it.

Or they just like posing with instruments, but I would go with the former.

Look for that on her next album. We're never, ever getting back together...

That would most certainly change the world, or at least the avocado population.

And if it lasts more than four hours, be sure to call your doctor.

They really are just the best.