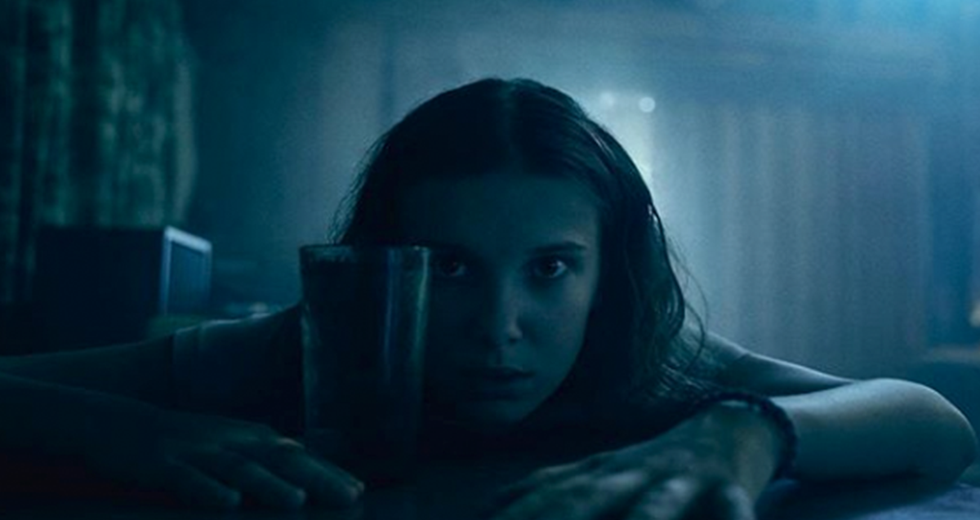 All The Tiny Details You Missed in 'Stranger Things' Season 3

It's finally here! Stranger Things Season 3 has dropped and if you're like the rest of the world you've spent this week binging. Our favorite characters are back (with a few new friends), and just like previous seasons that good 80s vibe helps this season worm its way into our hearts.

But the makers of Stranger Things are more than just nostalgia fans: they really know their stuff. And they've dropped quite a few references and easter eggs in this season that you more than likely missed. But don't worry: we've found them and cataloged them for you.

Beware: spoilers abound here. But if you've made it through Season 3 get ready to re-experience the magic with a few bonus bits: everything from movie references to nods to the soundtrack. Let's head back to Hawkins and see what little details the kids of Stranger Things left for us. It's gonna be nerdy.

Let's start at the beginning: the opening scene of episode one.

This is an important scene because it takes place in 1984 and features Russians getting up to no good in Hawkins. The special tie in? 1984 is the same year Red Dawn was released: a movie that is referenced later in the season and that features (you guessed it) Russians invading the US.

Jump forward a year and Dustin is coming home from summer camp.

He repeats over and over "Gold Leader returning to base." You all know that's a Star Wars reference, but did you know that it happens to be Lando Calrissian's call sign?

Here's a nod to something that isn't even from the 80s.

Eleven's bedroom features posters of a Godzilla-like dinosaur and a Mothra-like butterfly. This is particularly appropriate since Eleven actress Millie Bobbie Brown just starred in Godzilla: King of the Monsters.

Even the poolside scenes have some bonuses.

As Karen suntans and flirts with Billy she's sipping on a very particular drink: New Coke. This beverage only existed for a single summer in 1985, which means the creators were spot on in their timing.

As we move further into the series, one reference in particular becomes obvious.

Aliens. Yeah, every time the Mind Flayer takes over someone's body it is deeply reminiscent of the way the Facehugger acts in Alien.

But if the Alien reference is obvious, this one is a deep cut.

Hopper can be seen watching Magnum P.I. in episode one, and when he buys a shirt to go to dinner with Joyce it's the exact same one Magnum wears in the show.

It turns out that almost everything about the mayor is an homage: he has the same first name as the mayor from Jaws, and both mayors are arrogant, dress with some flamboyance, and distract their citizens with big celebrations.

And in case that wasn't enough, the song "On a Bicycle Built for Two" (aka the song in the background of the Russian message) has a special meaning.

In episode 3, things get a little bit twisted.

Winona Ryder stars in Stranger Things as Joyce. Winona Ryder also starred in an 80s movie called Heathers. The first victim in the film was named Heather. What does all this have to do with episode 3? Heather is the name of the lifeguard abducted by Billy.

The Heathers connection goes even further.

Later on in the season we discover that Heather has been drinking chemicals. This is also how Heather died in the movie.

Season 3 is very "Invasion of the Body Snatchers" in that people's bodies are taken over by the Mind Flayer.

There's a cute little nod to the film in the name of one of the Starcourt shops: Kaufman Shoes. Invasion of the Body Snatchers was directed by Philip Kaufman.

One reference that pops up repeatedly throughout season 3 is Nancy Drew.

The men at the newspaper mockingly call Nancy by the girl detective's name. The title of episode three seems to be a clear reference to Nancy Drew: "The Case of the Missing Lifeguard."

Let's take a quick look back at one ongoing reference shall we?

We're talking the Russian agent who beats up Hopper.

Not only does he have the mannerisms of the Terminator and the facial structure of Arnold Schwarzenegger...

But he's directly referred to as Schwarzenegger in Episode 4, cementing the parallel.

Episode 4 is also when we're first introduced to the mysterious green substance in the vials.

Which burns through steel in a manner suspiciously like the Xenomorph's blood in Alien.

Not only that but its container also serves as a reference.

It looks a great deal like the power cells also featured in Alien.

There's another musical reference in this episode.

It closes out with the song "We'll Meet Again", which is the same song that ends Dr. Strangelove (a Cold War satire).

Todd is an unfortunate rich man whose car is stolen by Hopper.

But he's also a reference to Miami Vice with his wardrobe looking almost exactly like that of Crockett from the show.

We also get an exciting Bond reference.

As Steve, Robin, Erica, and Dustin head into the Russian base, they discover something that looks like a Bond villain's headquarters, which is cemented by the phrase “I’ll shoot the daylight out of you." This could be a reference to the Bond movie The Living Daylights which featured an evil Russian.

Even the hospital has some references.

On top of the vending machine there's a sign for "Kit Kat Kash", which was an actual giveaway for $25,000.

Speaking of the hospital, how bout that fight scene with Jonathan and Nancy?

There's almost certainly a reference to The Thing and The Blob when Tom and Bruce's bodies liquify and morph into a terrifying monster.

On the "fun" side of the series, one of the workers at the 4th of July celebration is wearing a shirt for the World's Fair, which makes sense since the 1984 World's Fair happened in Knoxville, Texas, just a few hours away from Hawkins.

Speaking of the fair, you might have noticed that there is a sign for Roane County Fair.

Just like Hawkins, Roane County doesn't exist in Indiana, cementing the "real but not quite" feel of the show.

Even more fun than the 4th of July is My Little Pony.

Especially the realization that Dustin was basically the original brony. In 1985, the show had only aired as specials, with the regular series starting in 1986. That means Dustin and Erica are both massive nerds.

But while all that fun is happening, the Mind Flayer is attacking Hopper's cabin.

And the whole scene includes references to The Evil Dead, including the deer head, the use of an axe to fight off the monster, and the way a bit of the Mind Flayer crawls away like Ash's hand.

Our heroes escape the Mind Flayer and hide in the supermarket, a place ripe for 80s references.

That includes some amazing branded cereals, including Ghostbusters, Pac-Man, Donkey Kong, and Mr. T, all of which were real.

Ok, we've made it to the final episode, the big showdown, and Dustin has assigned some great call signs.

Perhaps the best is the Griswold Family to refer to the kids in the station wagon, a reference to National Lampoon's Vacation (which also featured a station wagon).

The battle ends, and we jump three months forward to a news broadcast.

It opens with a clocktower, which is a nod to Back to the Future. If you've been paying attention there are a LOT of references to that series.

Robin and Steve are applying to work in the video store and you might notice a poster of Firestarter.

What you might not know is that Firestarter was a huge influence on the creation of Eleven in the first place.

Last, but absolutely not least, we have a moment for Steve and Steve alone.