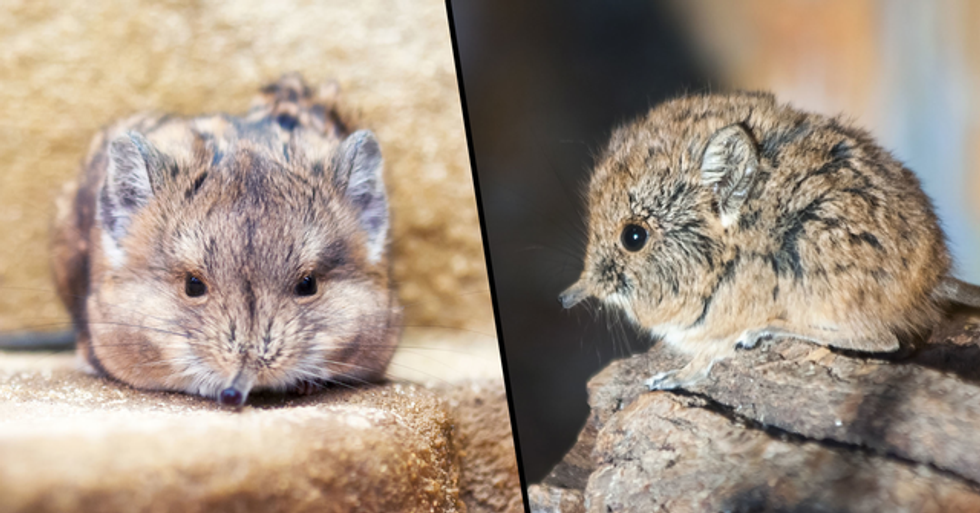 Environmentalists have rejoiced after discovering that the long-lost elephant shrew - who was once believed to be extinct - is in fact alive and well.

It's about time we had a bit of good news, isn't it?

It's been a long fifty years.

In 1968, the last ever elephant shrew was recorded by scientists, and, ever since, the species has been presumed to have "died out."

These miniature shrews are typically found in countries across Africa...

And quickly became well-loved for their small and delicate features.

They live a simple life...

And typically survive off a diet of insects, spiders, and earthworms, which they capture using their long noses and tongue, much like an anteater.

And as for their namesake?

Well, these tiny creatures are actually related to elephants.

Yep, it turns out that elephant shrews are not, in fact, shrews.

The species is also known as a "sengi." Recent evidence suggests that sengis are more closely related to African mammals such as elephants, sea cows, and aardvarks.

However, in 1968, the little creatures suddenly vanished without a trace.

Throughout the 1970s, scientists and researchers attempted valiantly to track the animals down... But their efforts were to no avail.

But, this week, we have received the news many never thought would arrive.

The elephant shrew is alive!

The creatures were spotted by shocked researchers in Djibouti - a country in the Horn of Africa - while exploring the area.

It was the most remarkable discovery...

But many of us are wondering the same thing - how exactly did they spot such a tiny and nimble-footed creature?

Following reported sightings by locals in Djibouti, the scientists set traps for the critters consisting of peanut butter, oatmeal, and yeast extract.

It was a painstaking operation...

With the researchers having to set up more than 1,000 traps in twelve different locations across Djibouti.

But their efforts paid off...

Because this is what they found - a tiny, quite startled, but otherwise living, breathing elephant shrew.

They even managed to capture one of the creatures in their very first trap.

Steven Heritage, a research scientist at the Duke University Lemur Center and lead author of a research paper on the project, said on the discovery: "When we opened the first trap and saw the little tuft of hair on the tip of its tail, we just looked at one another and couldn’t believe it."

Heritage can't believe how quickly it took for them to find one of the creatures.

He explained: "A number of small mammal surveys since the 1970s did not find the Somali sengi in Djibouti – it was serendipitous that it happened so quickly for us."

In total, they found twelve elephant shrews on their trip...

And they have reason to believe that the creatures are thriving.

The shrews proved to be very well known to locals...

Meaning their numbers must be high. "All the local people knew about this, so it could not be rare in any way" Heritage explained.

And there was no evidence to make the researchers believe that their natural environment was threatened...

"Its habitats are not threatened by agriculture and human development, in a very arid environment where there is no foreseeable future for agriculture."

So, all of this can only mean one thing...

The elephant shrews are officially no longer endangered!

These little guys are here to stay.

Following their findings, the team were able to make a recommendation to the IUCN Red List - a comprehensive inventory of the global conservation status of biological species - to update the classification of the Somali elephant shrew to "least concern."

For more on the growth of endangered species, keep scrolling to see rare footage of a family of severely endangered gorillas...