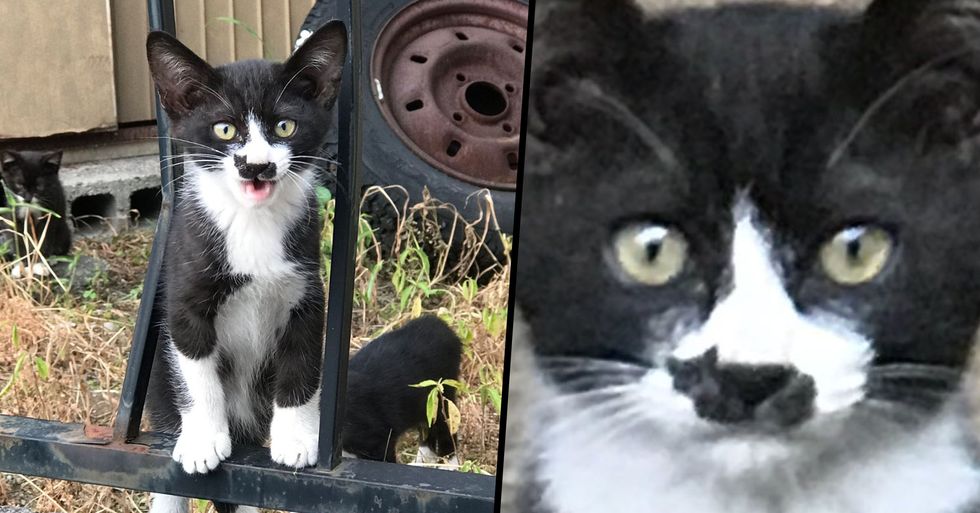 But the latest cat to go viral might be the cutest we've ever seen.

As one kitten has proven this week.

A kitten has captured the attention of the internet.

All because it appears to have another kitten on its nose!

This kitten is an undeniable cutie.

And if you look closely ...

There seems to be another kitten on his face. Cute!

Little is known about this cutie.

It's thought he was a stray, but has now been adopted by the Twitter user who discovered him.

But whatever his identity...

There's no denying this cat is super sweet.

If he's still looking for an owner, we'd volunteer for sure!

From stray to his forever home.

And always with than distinctive (and adorable) marking.

Fancy more unusual looking kitties? Scroll on for the one-eyed cat looking for her forever family.