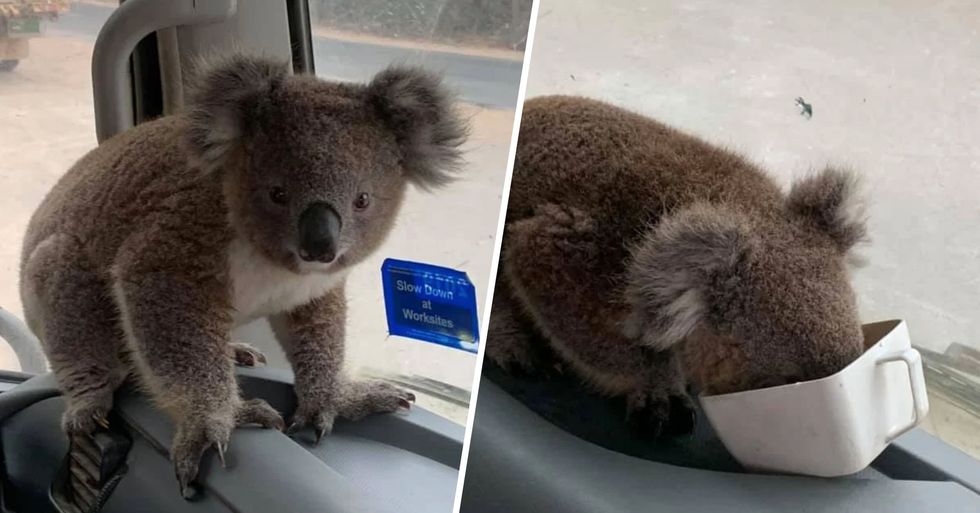 But, amid the heartbreaking devastation, there are some heartwarming stories emerging that are restoring our faith in humanity. One of the most recent stories comes from a truck driver who, shortly after losing his own home, found solace in a koala joey who was struggling along the side of the burning bushland.

Keep scrolling to see the adorable photos from their heartwarming encounter...

It's believed that around 25,000 koalas have died in the fires.

And some have even been rescuing the distressed animals with their own bare hands...

A story has recently gone viral of a truck driver who picked up a baby koala from the side of the burning bushland.

The frightened animal quickly made himself comfortable...

And Damien just couldn't resist giving the little fella a name. He eventually settled on “Tinny Arse" after his friend Liz “who always wins at the races", he explained to The Sydney Morning Herald. “This one was also a winner - fires were burning around him on both sides."

Tinny Arse was exactly the blessing he had needed after losing his home to the fires. “After the horrors of yesterday, it just made my day," he explained. “A little ray of sunshine in this nightmare."

And they just had to get a selfie.

It didn't happen if you didn't get a selfie, right?

Tinny Arse was eventually collected by a wildlife carer...

And was whisked away to a nearby animal hospital safely out of the danger zone.