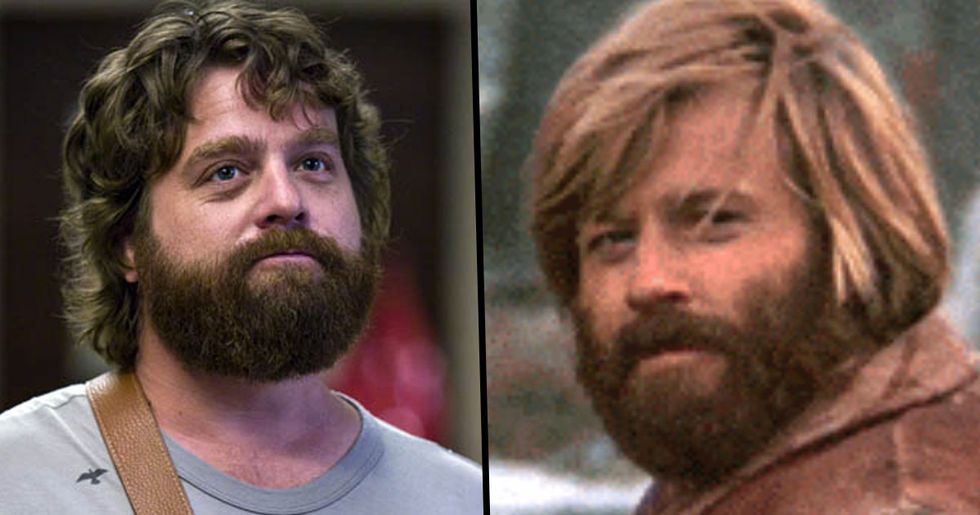 I didn't think that life would come to this, but I'm just going to say it: memes are a crucial part of today's society.

And you know it's true.

How long have you spent on the internet, flicking through meme after meme? Trying to stifle a laugh when you see one that hits close to home is a difficult task, especially when you're in a public place. Who knew that they were going to become so iconic?

But have you ever wondered where some of these weird memes come from? Because a recent revelation about the "nodding meme guy" has left us shook...

Keep scrolling to read all about it as well as some other shocking meme revelations.

As you all probably know, memes have taken over the internet.

When you don't know how to express the way you're feeling, there's probably a meme out there that perfectly captures every emotion going through you at that very moment. And it's only one click away.

But have you ever thought about the stories behind some of our well-loved memes?

These revelations may change the way that you see some of these memes, but they're well worth knowing.

Of course you do. This meme won the award for the biggest meme of 2017. No, I'm not joking. This one's just a stock photo - no crazy story behind this one. But it's great so I just had to include it. Its versatility is probably the best thing about it. Using labels, people have managed to personalize it so it fits any and every occasion.

Check out some of these hilarious adaptations.

This one is a slight middle finger towards "the youth" as it makes a pretty bold and generalized comment about their political views. Some people took it to heart saying that the meme was "wrong in so many ways," other people just found it funny - which it is.

This one resonates with all of us, I'm sure.

I would literally pick Christmas over Thanksgiving any day.

And who could ever forget "Disaster Girl"?

There's something extremely creepy about this picture. Maybe we've been watching too many horror movies involving scary children, but, for some reason or another, this meme is petrifying.

So many questions were asked about this meme.

There was even speculation that the girl in the picture was a spirit and that she wasn't actually there when the fire incident was taking place.

This is Zoe Roth, a young girl from Lake Tahoe, North Carolina. According to Australian Broadcasting Corporation, one afternoon, Zoe and her brother, Tristen, were sat watching TV when their mom came in to tell them about a house fire not too far from where they lived.

Zoe's dad grabbed his camera, and the whole family went to get pictures.

That's pretty weird, to be honest. But by the time they got there, the flames were under control. Now it all makes sense, right? Rather than an evil spirit, this is just a normal girl, smiling for a picture being taken by her dad. I think that the internet's story was much cooler than the truth...

Recently, a new revelation has left the whole of the internet shook.

You know the iconic "nodding meme guy," right? Of course, you do.

Here he is, nodding in the middle of the wilderness.

You've probably sent this to your friends, but I can guarantee that whoever you think this is (cough, Zach Galifianakis, cough), it isn't.

I mean, it could easily be Zach Galifianakis.

The resemblance is uncanny. And, for years, we all thought that it was.

But, sorry to crush your dreams, it is not.

That's right, according to Splinter, we've been living a lie since 2012, when this meme first hit our screens. I don't know who started the rumor, but we all believed it.

News has recently broken that the "nodding meme" is actually Robert Redford.

The meme actually comes from a movie called Jeremiah Johnson.

The 1972 American western film starred Redford as the title character.

Be honest, did you know about this?

Probably not, or you would have let us know, right?

Since the news broke out, people on the internet have been losing their minds over it.

It went viral on Twitter and everyone's been tweeting their reactions.

You do learn something new every day.

Don't worry, Zac Goode, you weren't the only one!

Matthew Leathers (@misterleathers) can't seem to get over the shock.

I just learned this was Robert Redford and not Zach Galifianakis and I am LOSING it https://t.co/zuDrlzKwi6
— Matthew Leathers (@Matthew Leathers)1529782668.0

We are also losing our sh**, Matthew.

And I think that this apology is well-deserved.

We truly are sorry, Robert.