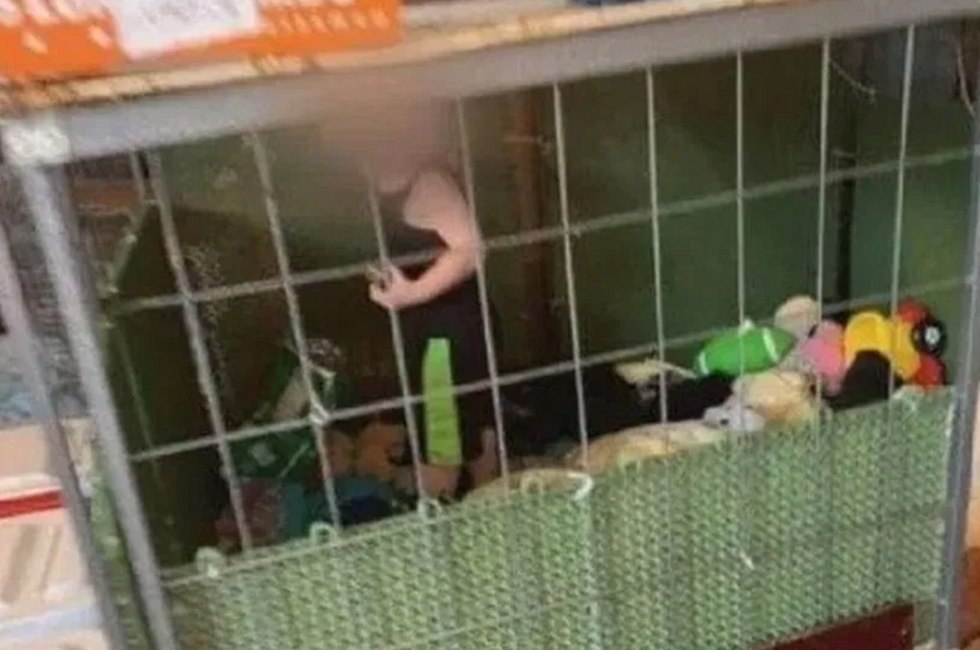 Toddler Forced To Live in Cage With a 10ft Boa Constrictor

Photos have been released today that show the horrifying conditions a Tennessee toddler was forced to live in by his own parents.

Back in June, police were called to a trailer in Henry County, Tennessee after receiving reports of animal neglect.

However, when they arrived at the property, they found something much worse.

They discovered an eighteen-month-old toddler living inside a tiny 4X4 cage...

Just 3 feet away from buckets of dead mice and a ten-foot-long boa constrictor.

Now, as you will all be aware, boa constrictors are notoriously dangerous.

The large snakes kill by wrapping their bodies around prey and constricting their muscles, effectively squeezing the life out of whatever it is they wish to eat.

And, of course, they can pose a huge threat to small children.

While children are generally too large for boa constrictors to eat, they are still at risk of being strangled or otherwise seriously injured if one of these snakes coils around them and constricts.

So you'd think that most parents would know to never leave their child unattended with one of these creatures...

Sadly, you would be mistaken.

Because, as stated earlier, this unfortunate child was found inside a tiny cage with a ten-foot boa constrictor, completely unattended and neglected.

Henry County Sheriff, Monte Belew, said there were 8 other snakes living inside the room with the vulnerable boy, as well as dozens of dogs running around the property.

In a statement, Sheriff Belew said:

And it wasn't just the presence of the snakes that were shocking.

Sheriff Belew described parts of the home as not having any flooring at all and said that the kitchen was "unlivable." He also noted that maggots and cockroaches infested the entire trailer, including the kennel where the boy slept.

It is believed that around 600 animals, including cats and dogs, were taken from the property.

Michael Cunningham, of the Animal Rescue Corps, told NewsChannel5 that he was confronted with several neglected animals inside the feces-filled property.

"They were in tanks and they were completely filled to the top with feces. It was a complete mess. There was trash on the floor, cockroaches all over us, and flies everywhere."

The toddler's parents were swiftly arrested.

During the hearing, the defense attempted to play-down the severity of the situation...

And argued that it was a “makeshift playpen for a lower-income family", WKRN reported.

However, once a photo of the child in the cage was released...

It was obvious that it was far from a cheap play-pen.

Here's the photo in question.

The poor child can be seen standing in the tiny cage, surrounded by what appears to be dog toys. The fate of the eighteen-month-old boy is currently unknown, though it is believed he was taken in by social services. The trial continues.