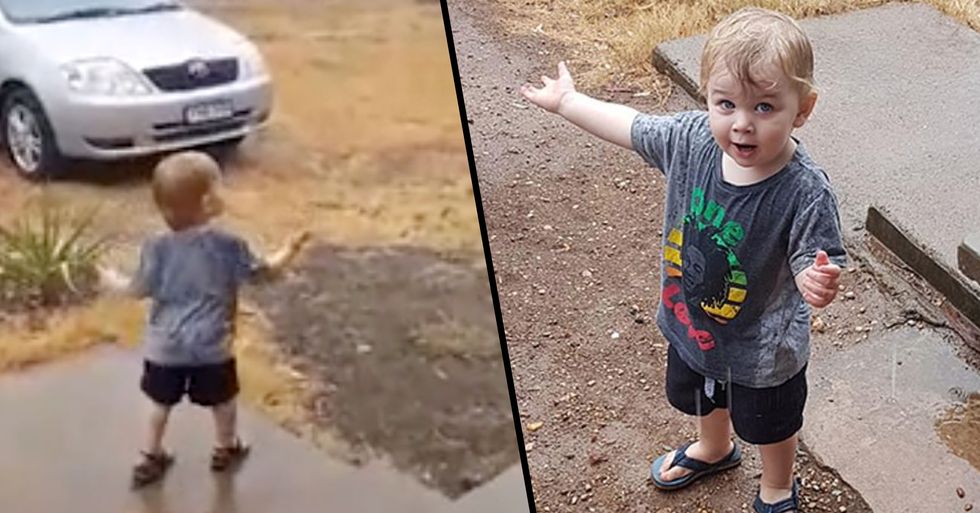 It's not just the wildlife that is benefiting from the recent downpour, a little boy has also shown his appreciation.

A mother from New South Wales has uploaded a video of her little boy experiencing rain for the first time.

McKenzie's son Sunni had never seen rain in his life, due to the farm where they live, not experiencing substantial rain for the last 3 years.

The family has been surviving on a water tank on their farm, so when they saw what was happening, they raced outside to enjoy the unusual event.

It's understandable why he was so mesmerized.

'He loves playing with the hose, but with we're on tank water so I don't let him do it very often,' McKenzie said. Keep scrolling to see the adorable video of Sunni.

Sunni is clearly ecstatic about seeing rain for the first time, running in and out in excitement. Sunni wasn't the only one amazed by the weather, lots of other kids have been captured playing in the rain. Keep scrolling to see the heartwarming pictures.

Emma Sewell filmed her young daughter splashing around in a storm at their home in Queensland. Her property received over 20mm of rain over the last three days. Let us hope that the rain continues a little longer to ease at least some of the damage.