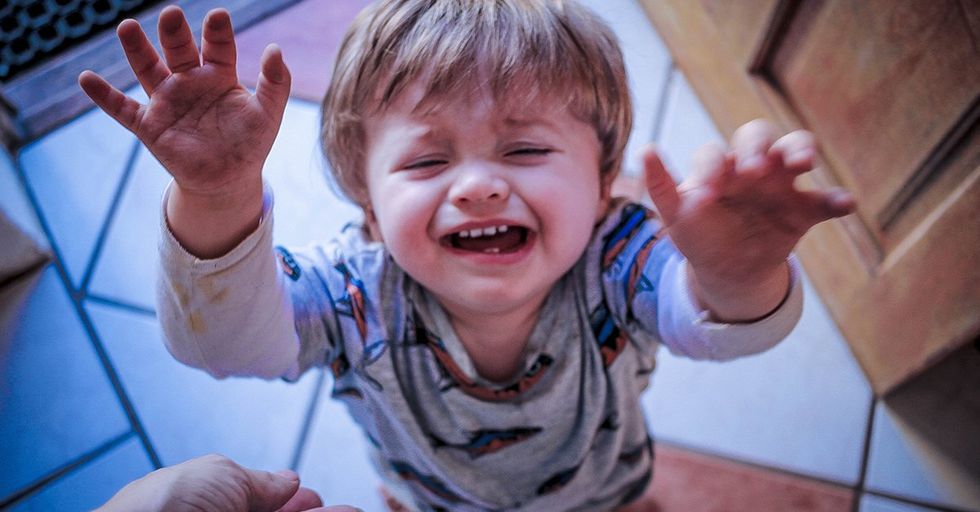 Tantrums are just one of the perils that parents must learn to navigate. And generally, that means teaching toddlers not to throw tantrums at all! But as it turns out, there's a correlation between tantrums and future wealth. Go figure! That's not to say that calm, reasonable kids won't be successful, of course, but this is a fascinating development. So what's up with that -- and just how do we know about it?

Trying to break your toddlers of any tantrum-related habits is totally understandable, but if you're having trouble with it...well, maybe there's an upside? Check out the research that went into this strange observation, and see if the kids in your life might be unwittingly on the road to a fortune!

Every parent knows the struggle of tantrums.

Come to think of it, every parent, godparent, aunt or uncle, babysitter and beyond are probably well-acquainted with the tantrum.

They can be quite a hassle.

You're just trying to get your grocery shopping done, and all of a sudden your toddler starts shrieking because they can't have that piece of candy. Yikes.

Some consider them indicative of anti-social behavior.

And yeah, if tantrums continue far beyond the toddler phase of life then there's cause for worry. A regular ol' 2-year-old hissy fit is nothing strange, though.

They're a natural part of child development. More worrying would be a kid that never got upset over stuff.

Usually, tantrums are par for the course between the ages of 1 and 3.

And there's a reason for that.

Around that age, kids are starting to develop their language skills -- but still don't have all the tools to adequately express what they feel, want, or need.

It's also a sort of power struggle.

Toddlers can start wanting more independence than they're really ready for, thereby leading to the "give that to me now" or the "I can do it myself"-type tantrum.

It's essentially learning to deal with frustration.

Sometimes the child is just tired, hungry, or uncomfortable. Sometimes they're realizing they can't have whatever they want. Part of maturing is learning to handle frustration more constructively.

As a child's language skills improve, the frequency of tantrums decreases; they've learned to express themselves in a better way.

So if you see older kids throwing tantrums, there's probably a reason.

More often than not, if school-aged kids are throwing tantrums it's because they've learned that they'll get their way like that.

Which isn't the best ideology.

Screaming and crying until you get your way? Yeah, no thanks. That behavior should really stay with toddlers.

Tantrums usually stop on their own, too.

Tantrums are a sudden outburst; even when the child's "goal" isn't met, they'll calm down after a little while.

Of course, there are later-in-life tantrums.

And if regular toddler-tantrums already aren't cute, these are infinitely less so. Tantrums in full-grown adults are often associated with immaturity and even narcissism.

However, there's another cause.

Though there are factors that make them more likely. For instance, if a child is tired and not getting enough sleep, their frustration is much more likely to boil over in a fit.

Although there are ways to gradually decrease tantrums over time.

Basically, it's about teaching the child that flailing around and shouting isn't going to get them whatever they want.

There are plenty of tips out there.

For instance, if a tantrum is happening because the child was told to do something they don't want to do (for example, a chore), experts say it's best to ignore it. But make sure they still do that chore when they calm down!

Look at it as a learning experience for the child.

When the child calms down, you can give them positive feedback--praise them for calming down on their own.

Then again, maybe there's something to be said for tantrums.

Because apparently, frequent tantrums are a possible sign of your child becoming rich one day!

How do we know that?!

In a recent study published in  Developmental Psychology, psychologists studied "characteristics and behaviors" of students at age 12.

These behaviors served as an indicator of occupational success.

Just as much -- or more so -- than the student's IQ or their parent's socioeconomic status!

Basically, they wanted to know how behavior affected success.

Here are the specifics of the study:

As you can imagine, this was a long-running study.

745 participants were observed over a 40-year period, from 1968 - 2008. And that's where psychologists saw this major connection.

Everybody loves a rebel.

And psychologists found that children more prone to "rule-breaking and defiance of parental authority" were also more likely to enjoy success later in life.

Talk about a reward for bad behavior! Why wasn't I more disagreeable as a child?!

“The results revealed direct and indirect influences of student characteristics (responsible student, rule-breaking and defiance of parental authority, and teacher-rated studiousness) across the life span on career success after adjusting for differences in parental SES and IQ at age 12."

So, I guess tantrums have their benefits?

Not for the parents who have to listen to them, though!

So, the choice is yours.

Do you want your kids to be well-adjusted, or rich? (Jk, of course. Success has many factors, and comes in many forms!)

Still, it's interesting to think about.

Kids more used to getting what they want through the sheer force of their temper...have an easier climb to success? Well, that explains a few things (and people). What do you make of this study? Share the story with other parents and see what they think!