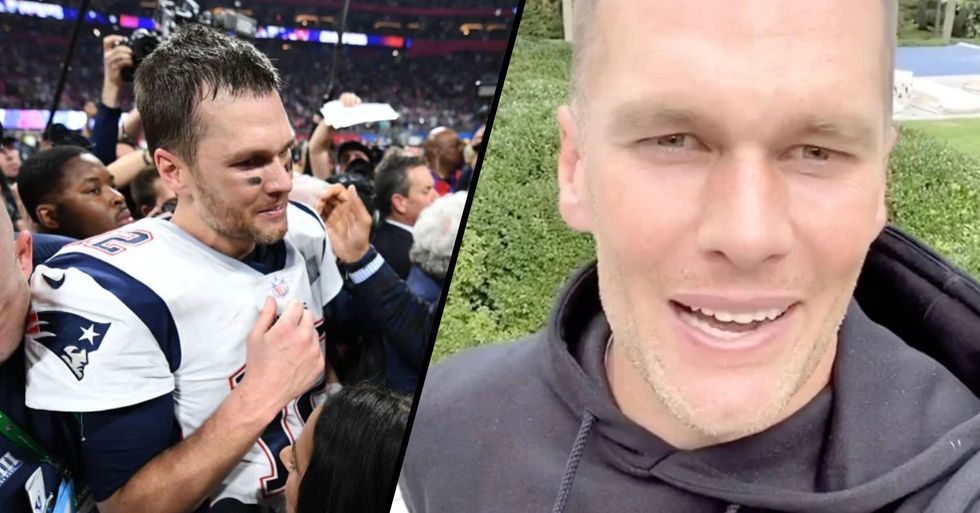 Tom Brady Announces He Will Leave the New England Patriots

After twenty long seasons and 6 Super Bowl rings, the legend that is Tom Brady has announced that he is leaving the New England Patriots.

Keep scrolling for his statement.

But come on... what football player isn't? Brady rose to stardom after being drafted by the New England Patriots in the sixth round of the 2000 NFL draft.

With a historic Super Bowl win of thirty-four to twenty-eight against the Atlanta Falcons in 2017, Brady became the first quarterback in NFL history to take home 6 Super Bowl rings.

Remember "Deflategate?" If you don't, Deflategate is the term that was loosely used to describe the NFL's investigation into the New England Patriots - and, in particular, Brady - for their alleged tampering with the football inflation levels.

Ahead of their 2014-15 AFC Championship game against the Indianapolis Colts, the Patriots were accused of under-inflating the footballs and one of the longest and most contentious legal battles in NFL history commenced.

In a Facebook post, Brady announced that he would not be continuing with the legal proceeds, and would ultimately be accepting his suspension. The quarterback went on to sit out the first four games of the 2016-17 regular season. However, he came back in true form at the end of the season, as he and the Patriots won another Super Bowl.

But after providing for them for a long time, he has made it official: He is leaving the New England Patriots.

TB12 posted a very long thank you message on Tuesday which left the world shocked.

In a statement he said this:

"I wanted to say thank you to all of the incredible fans and Patriots supporters. MA has been my home for twenty years," Brady wrote. "It has truly been the happiest two decades I could have envisioned in my life and I have nothing but love and gratitude for my time in New England."

"The support has been overwhelming - I wish every player could experience it. My children were born and raised here and you always embraced this California kid as your own. I love your commitment and loyalty to your teams and winning for our city means more than you will ever know."

"I can't thank you enough for the support of our team. The packed training camps and sold out stadiums and mostly the victory parades. I have been so blessed to share them with you all. I tried to represent us always in the best and most honorable way, and I fought hard with my teammates to help bring victory and triumph even in the most dire situations."

And he ended it:

"You opened your heart to me, and I opened my heart to you. And Pats Nation will always be a part of me." "I don't know what my football future holds but it is time for me to open a new stage for my life and career." "I thank you from the bottom of my heart and I will always love you and what we have shared - a lifetime full of fun memories." Thank you for the memories, Tom.