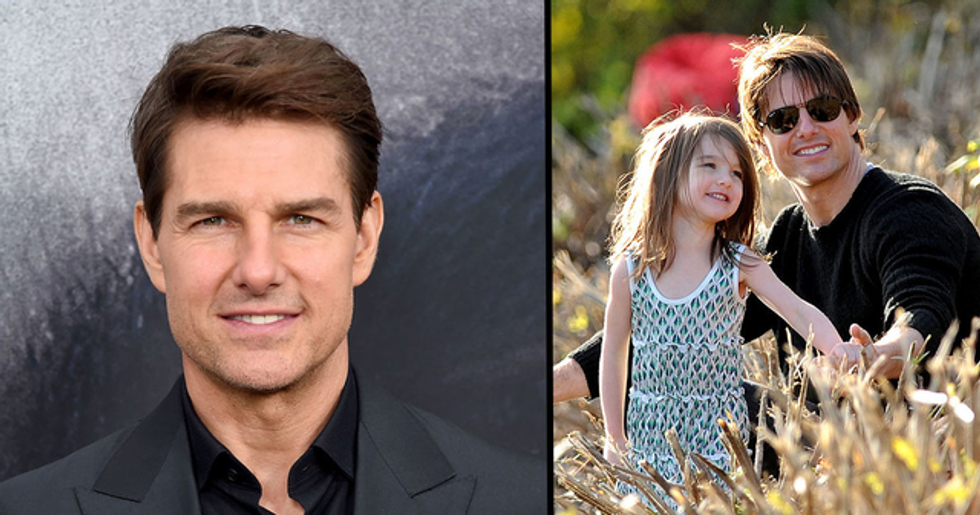 The relationships of Tom Cruise have long fascinated conspiracy theorists. The fact that the actor is so deeply entrenched in the mysterious cult of Scientology has led many to believe that there's more to his relationships than meets the eye. And his final divorce from young actress, Katie Holmes, only served to cement the doubts that people have had about him.

But the most pernicious piece of evidence against Tom Cruise? His relationship with daughter, Suri. Born in 2006, she's Cruise's only biological offspring - and many believe that Scientology hoped that she'd put an end to speculation about Cruise's sexuality. But it's been over six years since Cruise has been seen in public with his daughter. Is the cover-up finally falling apart?

Rogers was six years Cruise's senior and the pair often appeared to have little in the way of intimate connection. This led some to speculate that this was more of a marriage of convenience.

Kidman and Cruise adopted two children, Connor and Isabella, during their brief marriage.

According to reports, Tom was granted certain days of custody in the divorce.

It's just that he's choosing not to take them. And the reason?

The Church of Scientology! According to ex-member (and author of Je Suis a Cult Whistleblower: Scientology Kills), Samantha Domingo, the church won't allow Cruise to see his daughter.

Holmes and Suri are seen as enemies of the religion.

And it's even been claimed that they're Suppressive Persons - bad influences who could eventually pull Tom Cruise away from the faith.

The claim is that Cruise has chosen his church over his family.

Which has to lead you to question exactly what Scientology has on Cruise.

People point to Cruise's relationships with his other children.

According to Domingo, his first two children, Connor and Isabella, chose to stay faithful to Scientology - meaning they are allowed to still be a part of his life.

According to Domingo, her kids have had to choose to distance themselves from her in order to stay close to their father and their church.

Tom Cruise has denied the rumors.

He's filed a lawsuit against magazines making these claims, saying that they're trying to suggest that Scientology has caused him to abandon his daughter.

In fact, it's reported that, in the six years since the divorce ...

Cruise has seen Suri just ten times. While he claims that his religion isn't the reason for his absence, he's yet to reveal a better one.

Although Domingo has offered one.

She claims that, for Cruise, Suri is no longer seen as his daughter. She's just a different spiritual being inhabiting his daughter's body. So that clears that up.

Perhaps you think that Suri and Tom have continued their relationship behind closed doors.

But, frankly, this just seems impossible. Think about how well documented celebrity's lives are - and also consider why Cruise would try to cover up being a good father.

There are, of course, other theories.

Some speculate that Suri actually isn't Cruise's daughter - perhaps because of his aversion to romantic encounters with women. They believe that Suri is actually the daughter of Chris Kline. But, honestly, have you seen Suri? She's a Cruise through and through.

And if you're wondering why Holmes hasn't spoken out?

Some think that the reason that she hasn't put the deadbeat dad on blast is that she had to sign a clause of silence in the divorce. Crazy stuff. And things haven't been getting better for Holmes. Read on for the details of her split from Jamie Foxx.