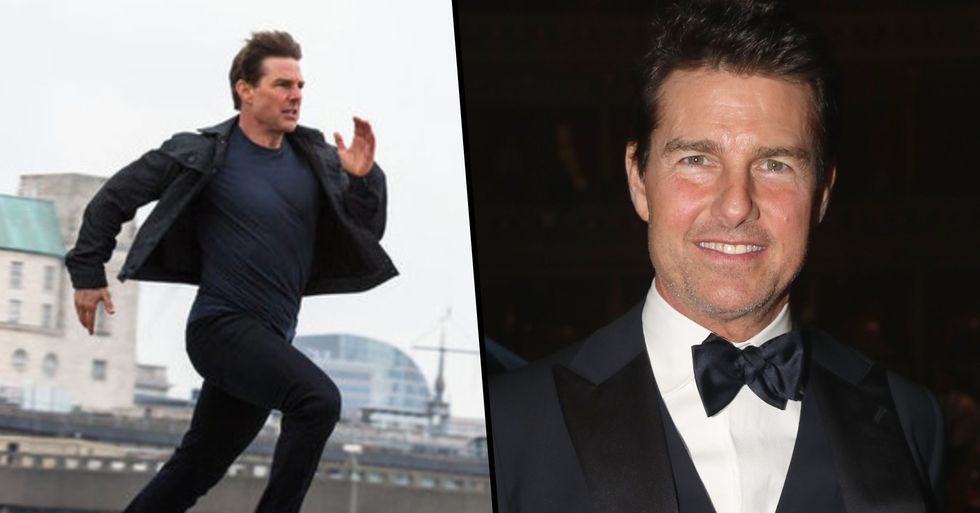 Tom Cruise has long fascinated conspiracy theorists. The fact that the actor is so deeply entrenched in the mysterious cult of Scientology has led many to believe that there's more to his relationships than meets the eye. And his final divorce from the young actress, Katie Holmes, only served to cement the doubts that people have had about him. The most pernicious piece of evidence against Tom Cruise? His bizarrely distant relationship with his daughter, Suri.

Now it seems the Cruise fantasy is falling apart. Behind-the-scenes secrets about the star are being spilled - and it doesn't look good for Tom...

It seems as though Tom Cruise is set to be canceled.

Thanks to a long streak of poor behavior recorded on set.

He's always been seen as a bit of an oddball.

But now some truly damning accusations are surfacing from those who've worked with the star ...

Before, it was just his personal life that seemed odd...

But it seems Cruise's professional conduct is equally suspect!

Earlier this year, Thandie Newton spoke out about working with the star.

And it did not sound like a pleasant experience.

And now a third actress has opened up about her bizarre on-set experiences.

Before all this, Tom Cruise was a well-loved Hollywood actor.

But Cruise is very distant from his daughter.

According to ex-member (and author of Je Suis a Cult Whistleblower: Scientology Kills), Samantha Domingo, the church won't allow Cruise to see his daughter.

And things look set to get even worse for Cruise.

As Mission Impossible 2 co-star Thandie Newton has spoken up about the horrific experience that was working with him.

"Oh, I was never asked [about Scientology]. I was so scared of Tom," Newton claimed.

"He was a very dominant individual."

"He takes on a lot. And I think he has this sense that only he can do everything as best as it can be done," she revealed.

Leah Remini has spoken up in support of Newton.

"That takes huge balls to do what she did, and if more people speak out in that way, and be brave enough to do so, I think we might get somewhere," Remini told Daily Beast.

"Tom has gotten away with being this ‘nice guy,’ because that’s what Scientology policy says—to create good PR in the world and make those ‘good actions’ known."

"But if you actually look at his actions, they’re not consistent."

"He can’t keep a marriage together, he’s jumping on couches, he’s acting like he knows anything about postpartum."

"I learned pretty quickly that that’s not something you should be doing, because Tom Cruise is considered a messiah in Scientology."

"This is a man who has not even seen his own daughter in years."

"That this guy can be running around and having people think he’s this super-nice guy, I don’t get it. But that’s the Hollywood-bulls–t game people play." Yikes.

And now another co-star has spoken out.

And she had a very weird on-set experience.

Which goes to show how self-absorbed and insecure the star really seems to be.

"I got to run on-screen with him, but he told me no at first."

"He said, 'Nobody runs on-screen [with me],' and I said, 'But I'm a really good runner," Wallis told The Hollywood Reporter.

"So, I would time my treadmill so that he'd walk in and see me run."

"And then he added all these running scenes. So, that was it."

All very strange. Want more from the saga? Scroll on for Katie Holme's recent relationship drama...