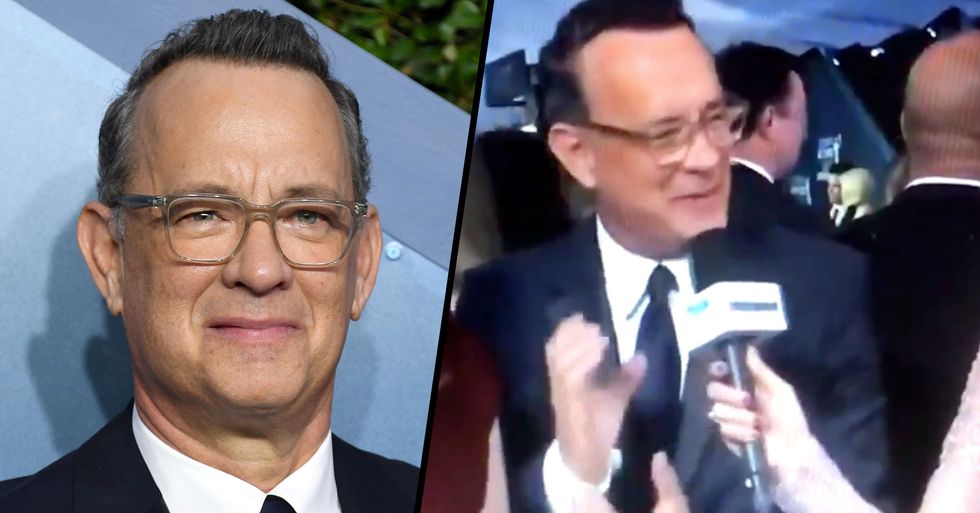 Last night the 26th Screen Actors Guild Awards took place in Los Angeles, California, celebrating some of the best of what the film industry has to offer. With a panel of 160,000 voting members, the ceremony is always one to watch as the results are hard to predict.

And this year was no different, winners ranged from newcomers, all the way to movie veterans.

But one moment eclipsed all the others - for all the wrong reasons.

But like we said before, anything could happen on the night.

I know I said that the SAG awards were hard to predict, but we were all sure that OUATIH was a shoo-in for that one.

But Joaquin Phoenix stole the show with his acceptance speech.

Sunday night saw Joaquin Pheonix pick up yet another award for his soon-to-be-legendary role in 2019's Joker. It seems to have become a reoccurring theme for the actor, but hey, we're not complaining.

"It’s infuriating. I wish you would just suck once," Phoenix almost begged him to turn in at least one terrible performance.

Also in attendance at the prestigious awards ceremony?

Tom Hanks, of course. He's had a stellar year, with his role as Mr. Rogers among his most lauded.

On the red carpet, he was asked about his perfect date night.

And he had a typically wholesome answer ... at least to begin with. "Sweatpants, a good movie on DVD ... We’re happy to stay home on as a date night because we go out so much."

"Here’s when I know the night like that is going to be great."

"When she says: 'hey honey, can you whip me up a little martini?' And then I know: 'Ohhhh, it’s gonna be a nice night.' Right there."

There was just one problem with the story.

Tom Hanks' mime for martini-making looked rather ... obscene to some.