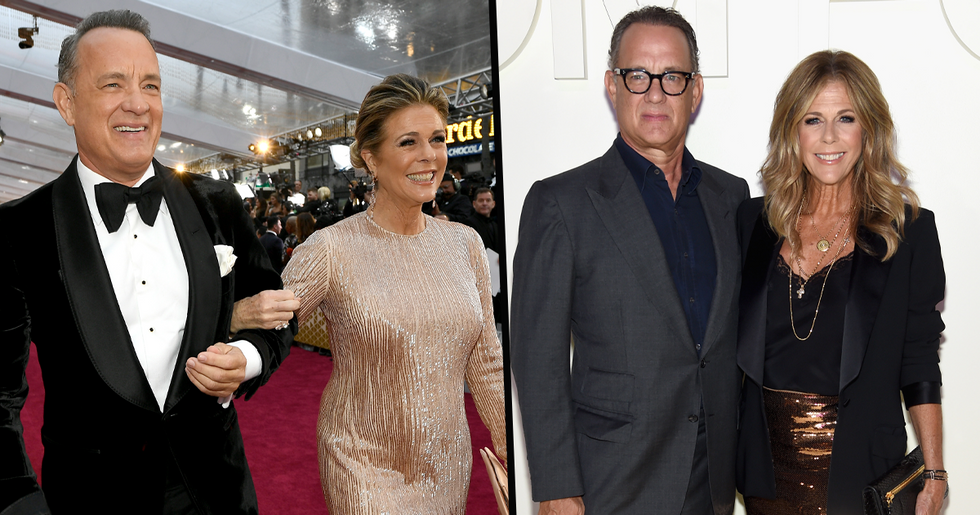 Who doesn't know of Tom Hanks?

He is now one of the most recognized actors in the world and it's safe to say that he's come an awfully long way.

However, back in March, Hanks' world was brought to a standstill.

The actor confirmed that he and his wife had been diagnosed with coronavirus.

Hanks posted this photo to Instagram from a hospital in Queensland, Australia, where he was shooting for his new movie, alongside the caption:

"Hello, folks. Rita and I are down here in Australia. We felt a bit tired like we had colds, and some body aches. Rita had some chills that came and went. Slight fevers too. To play things right, as is needed in the world right now, we were tested for the Coronavirus, and were found to be positive."

Thankfully, he and Rita made a full recovery...

But he continued to help in the fight against the virus by donating bags of his and Rita's blood to be used for potential vaccine research.

That's just one example of how great of a guy Hanks is...

And now, his kindness has been rewarded in the most incredible way.

Back in 2018, a devastating wildfire struck a resort town just outside of Athens in Greece.

Hanks and his wife spent a lot of time raising awareness over the devastation in Athens...

And the pair, along with their 2 sons, traveled to Athens to volunteer and help locals recover following the disaster.

Hanks has always been a fan of the country...

Wilson comes from a Greek family, and the actor produced the 2002 comedy My Big Fat Greek Wedding and the 2008 musical Mamma Mia - both of which were filmed in Greece.

Hanks even converted to his wife's Greek Orthodox religious faith when they married in 1988...

And now, the couple have been made official Greek citizens.

Hanks announced his new citizenship on Twitter... but what brought on this honorable decision by the Greek authorities?

Citing "exceptional services to Greece," authorities in Athens announced they had decided to not only grant Hanks Greek citizenship, but they also extended the offer to his wife and their sons.

Under Greek law, honorary naturalization can be bestowed on those "who have provided exceptional services to the country or whose naturalization serves the public interest."

"Tom Hanks is a person who showed real interest in the people who suffered from the fire in Mati and promoted this issue in the global media," Greek Interior Minister Takis Theodorikakos told CNN in a statement in December.

This doesn't mean that Hanks will be moving to Greece - he is simply a citizen who can come and go as he pleases.

This is a wonderful honor for the Hanks family...

And it's the least that they deserve after their selfless actions in Athens back in 2018. For more on Hanks, keep on scrolling to read what he said about people who are refusing to wear face masks...