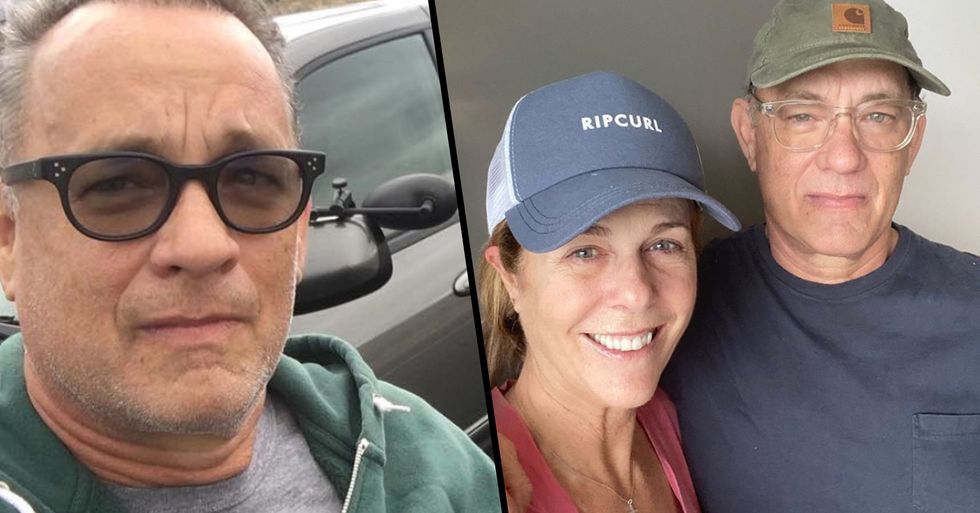 Yesterday, treasured Hollywood legend, Tom Hanks, announced that he and his wife had been diagnosed with coronavirus and, now, he has shared an update on how he's coping with the virus...

It has been confirmed by Worldometer that 4,990 people have now died globally, with the majority being in mainland China. A further 135,803 have been found to carry the virus and be infected.

So far, 1,762 people have been confirmed to have been infected with the virus, and forty-one have reportedly died.

Yesterday, the news broke that world-famous actor Tom Hanks and his wife have tested positive for the coronavirus.

Despite his diagnosis, it seems that Tom has remained in great spirits...

Tom has now given an update on his and Rita's health and, thankfully, it's good news.

They are taking things one day at a time.

Tom used his update to remind people that the virus could be deadly for some, and that following the advice of experts is essential. "There are those for whom it could lead to a very serious illness. We are taking it one-day-at-a-time. There are things we can all do to get through this by following the advice of experts and taking care of ourselves and each other, no? Remember, despite all the current events, there is no crying in baseball."