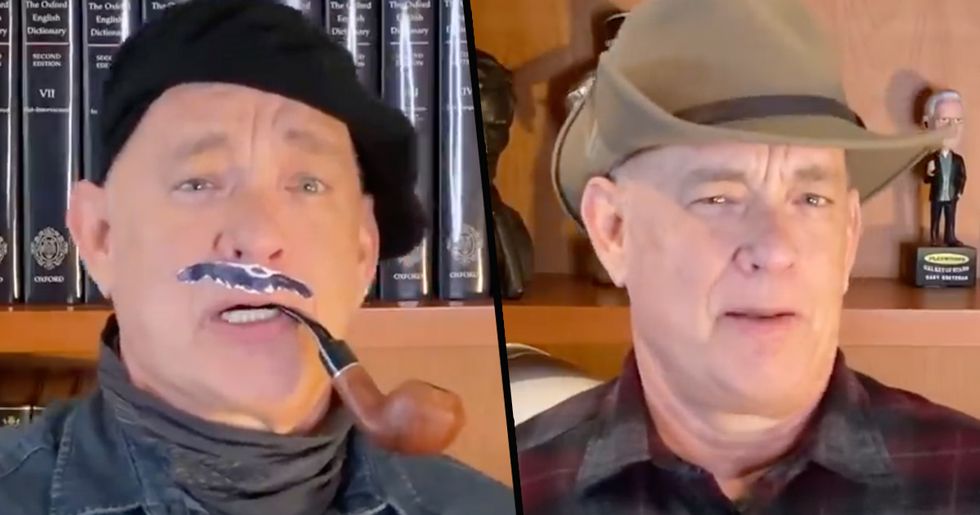 Over the weekend, Tom Hanks made a (virtual) return to our screens on Saturday Night Live, and it's safe to say that his long-awaited monologue did not disappoint.

Over the weekend, the star made a long-awaited return to television.

Hanks has been battling with the deadly virus, and having finally beaten it, made a (virtual) return to our screens on last weekend's Saturday Night Live - which had previously been on a filming hiatus due to the pandemic.

And it's fair to say his monologue didn't disappoint...

He may have made it completely from home, but his opening of the show's long-awaited episode was nothing short of perfect. Keep scrolling to watch...

During the monologue, he gave us a health update...

And did an "audience" Q&A, amongst other things.

Not to mention the fact that he debuted a brand new hairstyle...

And it's not what we expected...

Those who watched had some strong reactions.

"This is absolutely awesome!!! @tomhanks is the ultimate person to kick this off. Thanks so much for wanting to keep the masses laughing,@nbcsnl we all appreciate it so hard!!!"

And of course, many commented on his hair.

"Perfect first guest and monologue on the new at-home SNL; must say I was a little freaked out at his Chernobyl-looking hairstyle at first, but good job Tom Hanks." Don't worry, he assured us that his shaved hair is "just for a movie."

Watch the star open the show in the clip below:

Hanks isn’t about to leave our screens any time soon as his next role will see him take on the role of beloved TV host, Mr. Rogers, in A Beautiful Day in the Neighbourhood. Now, can the release date please hurry up? If you simply can’t wait, keep scrolling... We have the trailer for the movie right here!