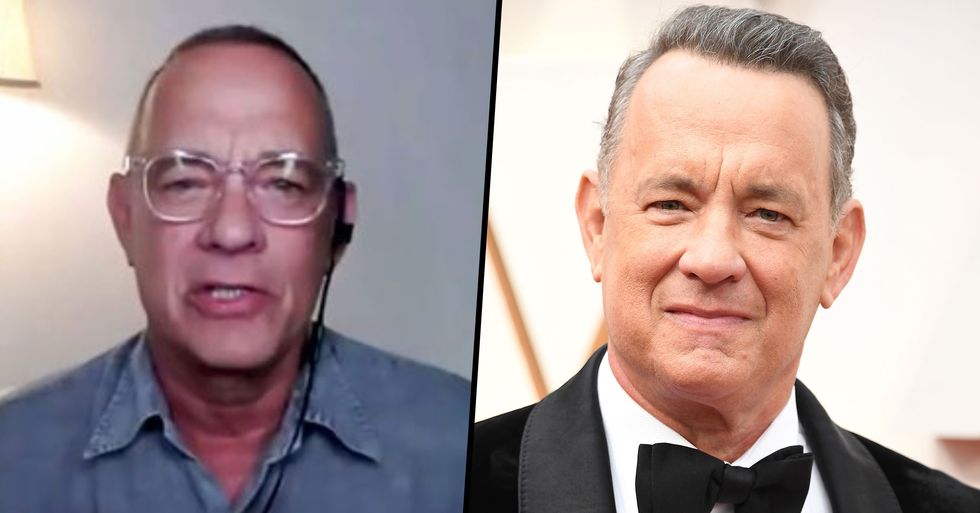 Tom Hanks has gone out of his way to address people refusing to wear masks and it was pretty savage, to say the least.

Since contracting and surviving the virus, Tom has had a lot to say on the matter.

Read on to watch the clip for yourself, it's pretty savage...

Tom Hanks has had enough.

The star spoke out about people who are refusing to wear masks and he isn't happy.

However, in March, Hanks and his wife tested positive for the virus.

Thankfully, they've beaten it. The star even made a (virtual) return to our screens on Saturday Night Live - which had previously been on a filming hiatus due to the pandemic.

But now, the stars could have a part to play in developing a vaccine.

Speaking to NPR, Hanks revealed that he and Rita had both taken antibody tests, which confirmed they have had the virus, and now have antibodies in their blood - which are crucial to helping develop a vaccine.

"There could be no better ending to this international catastrophe than if the cure turns out to be the blood of Tom Hanks." Imagine that.

Hanks, having first-hand experience about how deadly this disease can be, urged people to wear masks.

While a lot of Americans are out here complaining about having to cover their face holes because "their rights are being imposed on," others are doing their best to stop the spread of the disease.

But Hanks has now given up the nice-guy act.

While chatting to Stephen Colbert he had some savage words for those listening.

“Honestly, if you drive a car, you think it’s your constitutional right not to use your turn signals?" “You should use your turn signals 'cause otherwise you might run into somebody, somebody might run into you, right? You want to obey some aspect of the speed limit, right? You don’t want to go 120 miles an hour in a school zone. You slow down, right? You try not to hit buildings and pedestrians. You give that a shot, don’t yah? Isn’t that the least you can do when you’re driving a car? I think the least you can do in the United States of America and around the world is wear a mask, wash your hands, and keep your distance. Holy smokes!"

That wasn't all he's said about the issue...

"Don't be a p***k. Get on with it, do your part. It's very basic. If you're driving a car, you don't go too fast, you use your turn signal and you avoid hitting pedestrians. My Lord, it's common sense," he said at a conference for his new project.

But it seems as though some people lack common sense...

As the concept of "asserting their rights" continues. One group took things to a whole new level as they came up with a fake agency so they can be exempt from the mask rule... Read on to see the pictures of their "official" badges.