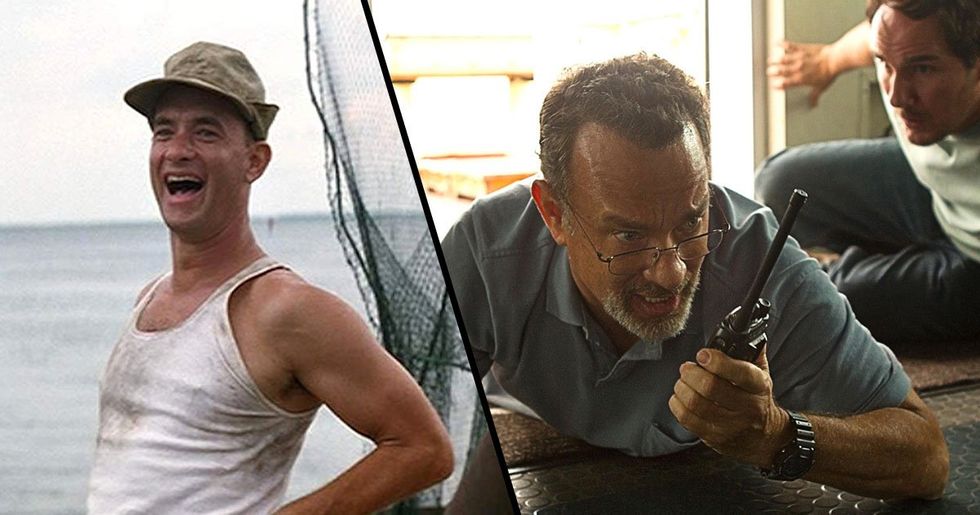 There are only a few actors and actresses out there that have made a real impact on a people's lives through their work in the television and movie industry and it's safe to say that Tom Hanks is one of them.

Hanks has been acting for nearly forty years now and he has truly left his mark on the showbiz world.

All of his hard work has finally paid off after it has been announced that he is in line to receive a Lifetime Achievement Award in a few month's time, so keep scrolling to learn of his achievements and how he has impacted the lives of audiences around the world...

Hanks has starred in and produced so many timeless productions, and, now that he is due to receive a Lifetime Achievement Award, we thought it would be necessary to take a little walk down memory lane to reminisce over the incredible life of this wonderful man.

Hanks was born in 1956 in California.

Hanks attended junior college in Hayward, California, at which he eventually decided to pursue acting after reading and watching a performance of Eugene O'Neill's The Iceman Cometh, and he was transferred into a theatre program at California State University.

Big saw Hanks play a thirteen-year-old boy whose body was transferred into the body of a fully grown man overnight. Sounds a little strange, but it is a fantastic movie.

The awards began flooding in...

Predictably, Forrest Gump was a phenomenal success and it won Oscars for best picture and director. Hanks took home a Lead Actor Oscar award and he was also awarded an Academy Award for Best Actor in the 1993 Philadelphia, in which his portrayal as a man diagnosed with AIDS was considered honorable and, quite simply, magnificent.

Back in 1995, when Disney's Pixar was just starting out, Toy Story was a first of its kind. Speaking in an interview, Ed Catmull, who is now the Pixar and Disney Animation president, said: "At that point, none of us knew what we were doing. We didn’t have any production expertise except for short films and commercials. So we were all complete novices."

Toy Story's success has been credited to Hanks in the past for his incredible portrayal of Woody the Cowboy and giving him that iconic voice.

This includes the adaptation of Stephen King's The Green Mile in 1995, Steven Spielberg's Saving Private Ryan in 1998, and Cast Away in 2000.

And it is his decades of contributions to the world of acting that has bagged him a nomination for the a Lifetime Achievement Award at next year's Golden Globes.

It will be a proud moment...

Hanks isn't about to leave our screens any time soon as he is next role will see him take on the role of beloved TV host, Mr. Rogers, in A Beautiful Day in the Neighbourhood. Now, can January please hurry up?! If you simply can't wait, keep scrolling! We have the trailer for the movie right here!