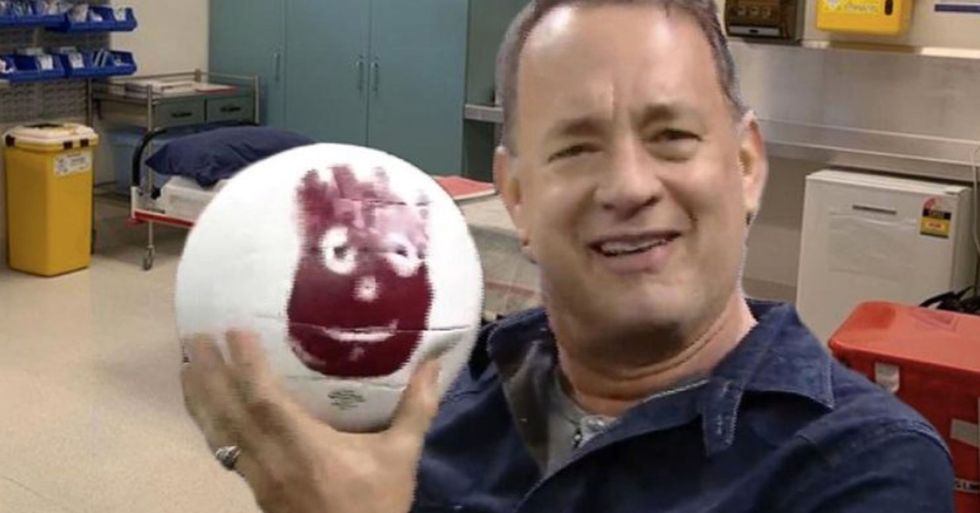 Tom Hanks Story About Volleyball in Hospital Was Hoax

Editor's note: We are issuing a correction. An earlier version of this article incorrectly stated that Tom Hanks was gifted the volleyball from his movie, Cast Away, by staff at a Queensland hospital, where he is currently being observed and isolated after testing positive for coronavirus. This is incorrect and misleading. Please see below for our correction. The correct information is that the image was doctored using a 2015 photograph of Hanks and a stock photo of a hospital ward and emerged on a satirical website.

Last week, treasured Hollywood legend, Tom Hanks, announced that he and his wife have been diagnosed with coronavirus.

Hanks shared a cryptic photograph in the hospital alongside his announcement but it seems that the beloved actor is well and truly taking this diagnosis in his stride.

Keep scrolling to check out what rumors have been floating around in the wake of the recent news...

It has been confirmed by Worldometer that 4,990 people have now died globally, with the majority being in mainland China. A further 135,809 have been found to carry the virus and be infected.

News broke yesterday that world-famous actor Tom Hanks and his wife have tested positive for the coronavirus.

The sixty-three-year-old took to Instagram to reveal the news on Wednesday evening after the pair have been spending time in Australia for production of Baz Luhrmann’s untitled Elvis Presley movie, in which Hanks is playing Presley’s iconic manager Colonel Tom Parker.

There have been many rumors floating around that hospital staff gifted Hanks a volleyball to keep him company...

And that they turned it into a Wilson replica from Hank's 2000 movie, Cast Away.

It was all a hoax! The picture had been doctored using a 2015 photograph of Hanks and a regular stock photo of a hospital ward.

Here's the original clip of Tom with Wilson...

The tweet with the doctored photo was shared over 1,000 times. Nonetheless, we hope that Hanks and his beautiful wife are doing well! We wish a speedy recovery to Tom and Rita during this uncertain time.