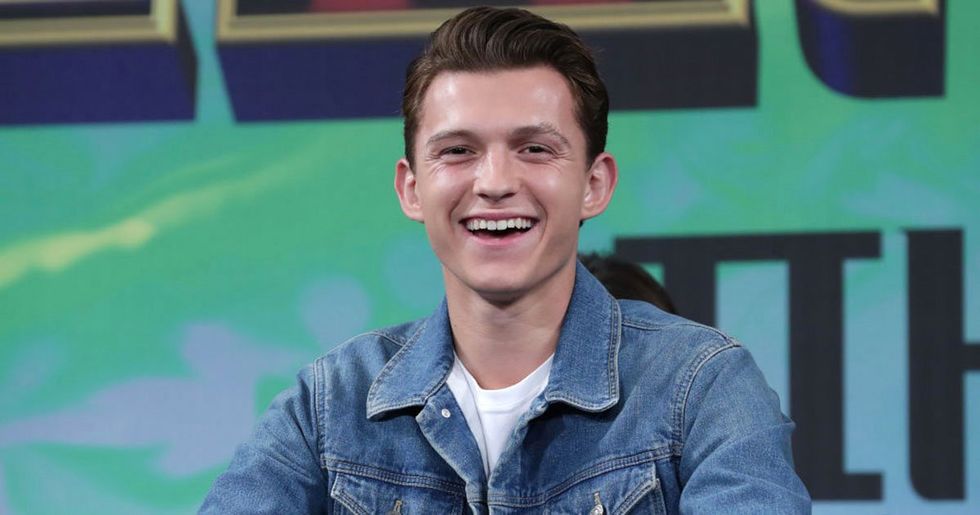 Tom Holland Has Shaved His Head and People Are Not Happy

But fans of the star have recently been hit by some pretty brutal news. And, thankfully, this time, it doesn't involve Sony, Marvel, or Disney! Thank God! Instead, it involves a crucial aspect of Holland... his hair.

It's gone... Cue the dramatic tears.

Holland starred in five Marvel movies as Spider-Man. But, remember when fans received some unwelcome news about the deal?

Well, it'll mean that Spider-Man has to leave the Avengers forever - meaning Tom Holland will be totally out of a job. But thankfully, they've managed to come to an agreement, which has settled Twitter fans.

Tom Holland is one of the most talented guys out there.

In many ways, you could say he rescued the character of Spider-Man and brought him back to cultural relevance.

People really felt for Holland when the news first broke.

He's known for being one of the nicest guys in Hollywood - and the fact that there was a chance he was being played was just heartbreaking. Thankfully, the fans had his back. The responses of the internet proved how much support Holland has out there.

However, something has happened and fans are finding it very difficult to stomach.

Those perfect curls in his hair, that billion-dollar smile, and his little skinny jeans.

His trademark look. It has its own fan club on Twitter and yes, I am part of it.

However, things have taken a dramatic twist.

In a recent video, Holland showed off a new look which involved a buzzcut... You read that correctly, an actual buzzcut. Keep scrolling to see the video that shocked the net.

They are now nothing but a distant memory. The star is currently preparing for a new role in Cherry and this prompted him to say goodbye to almost every single strand of hair.

In order to portray his new role, he had to make the decision.

If there's one thing we adore about Holland, it's the fact that he's dedicated to his role. But we didn't think he would ever take things this far!

His role in Cherry involves him becoming a soldier.

Walker, a man who has been to war, returns home with undiagnosed PTSD, which leads him down a dark and disturbing path.

In the film, he gets involved in a lot of criminal activity.

After developing an opioid addiction, he starts robbing banks until he is eventually arrested and convicted of his crimes in 2011. He is set to be released from prison in 2020.

Holland is only one of the big-name stars in the cast.

Working alongside the likes of Ciara Bravo, Bill Skarsgard, and Jack Reynor, this film is bound to be amazing.

Do you know what's not so amazing? This haircut.

And if you're in the mood for more bad hairstyle content...

Check out Harry Styles' bowl cut. It's always the cute ones that make bad hair decisions, isn't it?