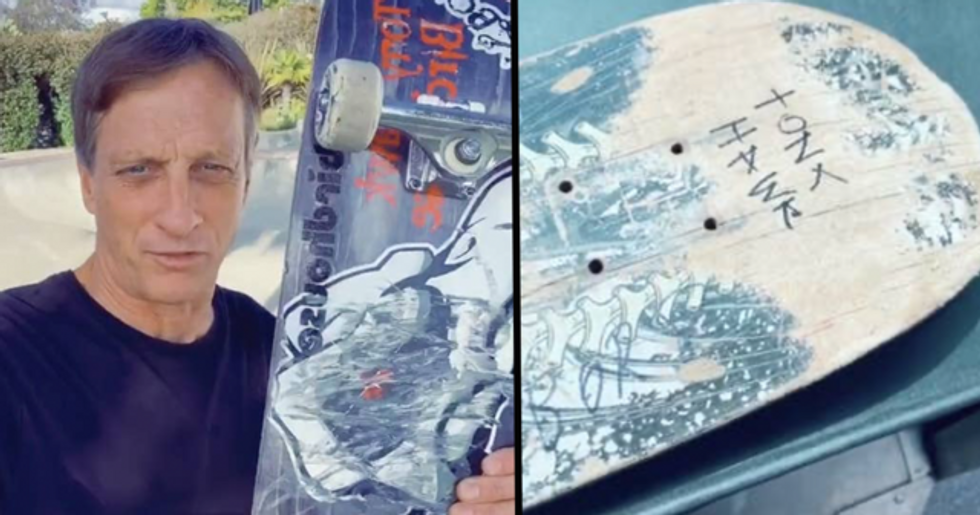 Tony Hawk is the man, the myth, and the skateboard legend. The now 51-year-old retired skateboarder resides in Encinitas, CA with his family, where he travels, skates for leisure and speaks at different events. He's also been blessing fans with documentaries and games.

But now Hawk has proven he truly is the nicest man in skateboarding.

But even better than the game?

The fact that there's a new movie, based on the game!

With many of these skaters in attendance - including Hawk himself.

But now there's been even more exciting Tony Hawk news.

Because Hawk has had a totally adorable social media interaction this week.

The interaction was between delivery driver Mikhail, a little boy named Cooper, and Tony Hawk himself.

Cooper flagged down Mikhail with a mission in mind.

To deliver Tony Hawk a personalized skateboard. Too cute!

Hoping that Hawk might stumble across the video and give Cooper a shout out.

And boy, did that pay off!

He promised to deliver Cooper a personalized skateboard of his very own.