And truly heartbreaking stories have been emerging from the devastation... | 22 Words 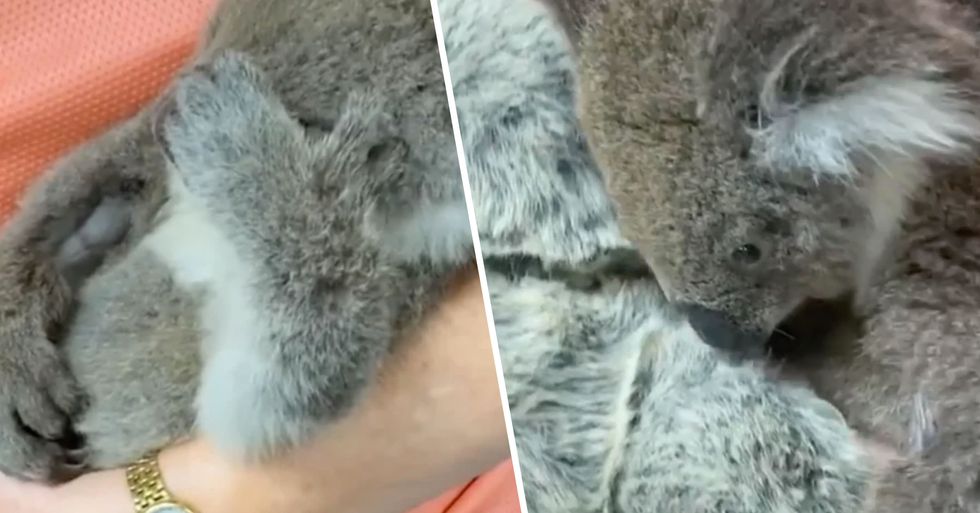 An orphaned koala in Australia has taken the internet by storm after footage emerged of her reaching out to hug a teddy after losing her mom in the devastating bushfires.

Keep scrolling to see the heartwarming footage, and to read about the sheer scale of the devastation caused by the deadly bushfires currently rampaging across the country...

Australia is still being ravaged by one of the worst bush fire crises the world has seen in decades.

There have been fires reported in every state, but New South Wales is truly taking a beating by bush fires and is undoubtedly the hardest hit. More than 6,000 buildings have been destroyed.

NSW declared a state of emergency in December.

CBS News reports that it is now thought that over one billion mammals, birds, and reptiles have died since September.

It is simply devastating.

So many innocent creatures have died as a result of the relentless flames.

And truly heartbreaking stories have been emerging from the devastation...

Like this koala, who was found sat along the side of a pond, mourning his friend who had tragically succumbed to the smoke.

And we all remember Lewis the koala...

Lewis was found struggling in the burning bush and was rescued by a heroic woman who sacrificed her own clothes to protect the creature from the deadly flames.

However, despite his rescuer's best efforts...

Lewis didn't make it. The hospital that was caring for the injured marsupial shared the news, writing: “We recently posted that ‘burns injuries can get worse before they get better’. In Ellenborough Lewis’s case, the burns did get worse, and unfortunately would not have gotten better."

And, for those animals that were lucky enough to survive...

It's feared that huge amounts of humanitarian assistance will be required to get populations anywhere near back to what they used to be.

All in all, it's a bleak situation.

Things aren't looking good for the creatures of Australia, and a long and grueling road to recovery lies ahead.

It's always important to focus on the positive stories in order to shine a little light upon the dark times.

So many animals have been rescued by brave and tireless volunteers...

And many heartwarming stories have been emerging of the adorable survivors.

And the latest one may be the most touching yet...

An orphaned koala has gone viral as footage emerged of her clinging onto a cuddly toy after losing her mom. Keep scrolling for the touching clip.

The heartwarming moment was shared by vet, Paul Ramos.

The footage shows the orphaned marsupial being cradled by a woman when the toy koala was held out in front of her.

The koala reached out and gripped the toy.

And began nuzzling into its face.

The young marsupial had just lost its own mother in the devastating bushfires.

"'This little girl unfortunately just lost her mother. People and Nature: Truly we are all connected and we can, and must do better," the clip was captioned.

"To the wildlife carers, local community and wildlife vets who will step in to take care of her and hopefully, release her back to the wild."

For more on the bushfires, keep scrolling to see a selection of photographs that sum up the scale of the mass destruction...