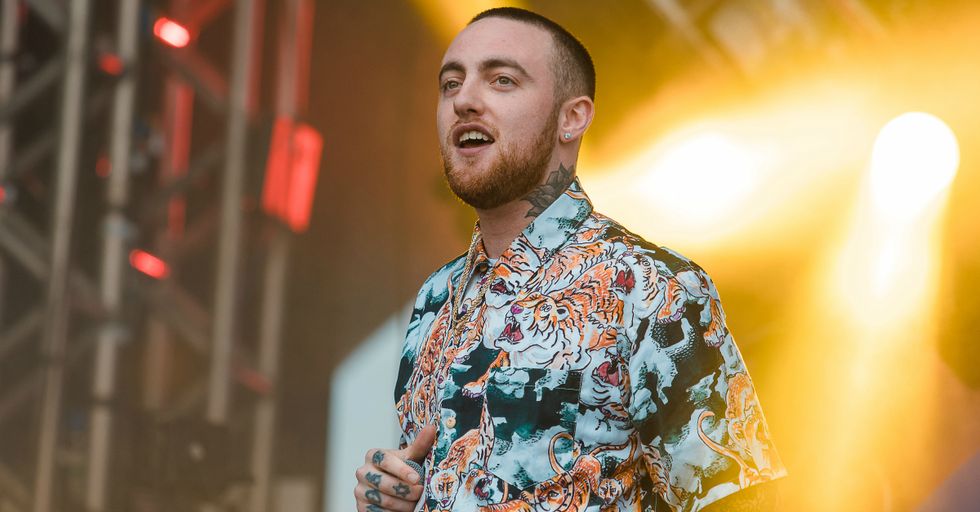 10 Tragic Facts About the Short Life of Musician Mac Miller

Musician Mac Miller, born Malcolm James McCormick, has died of an apparent drug overdose at age 26. He was found unresponsive at home in the San Fernando Valley after a friend called 911 from his home.

The rap artist's name has been frequently in the news, as he had just released an album and very recently dated megastar Ariana Grande, who is now engaged to SNL's Pete Davidson.

Here are some fast facts about Miller:

He got some high praise from Drake.

Miller's father was Christian and his mother was Jewish, but he was raised in the Jewish faith. According to Complex, Drake once called Miller "the best Jew in the rap game." High praise, considering Drake himself is also Jewish!

He had just released an album on August 3rd.

Miller had just released his album, Swimming, his fifth studio album, on August 3rd before his untimely death. The album debuted at No. 3 on the Billboard 200 chart, even up against a number of other rap albums released the same week.

He was very close to his family.

Mac’s brother, Miller McCormick, a designer, illustrator, and photographer designed his cover art, even designing an alarm clock app for the GO:OD AM album release.

He struggled with depression and addiction.

The day before his shocking passing, Vulture released an in-depth interview with the young rapper in which he stated, "I don't want to be depressed." Miller also spoke about getting into drugs after the release of his album, Blue Side Park. Even though he opened up about dabbling in them, he retained that he was not an addict.

He had a great ear.

In the same Vulture piece, journalist Craig Jenkins writes that Miller, "hears sounds even a keen ear might miss, and while this causes a potentially unhealthy level of self-reflection it also keeps him in a close orbit of jazz fusion guys like Thundercat, the funk apostle Dam-Funk, and rap technicians Vince Staples and Kendrick Lamar."

He was arrested for a DUI last May.

In May, he crashed his Mercedes-Benz G-Class into a power line pole in the Los Angeles Valley and was arrested on D.U.I. and hit-and-run charges after he fled the scene. Eventually, the police caught up to him at his home, where it was discovered, after a breathalyzer test, that he had a blood-alcohol level of 0.15. That's about twice the legal limit. Then, he confessed. Miller's ex, Ariana Grande, spoke about their "toxic" relationship after his DUI, but her words came from the heart: "I will continue to pray from the bottom of my heart that he figures it all out and that any other woman in this position does as well." In a show of civility and kindness, Miller also wished his ex well, saying, "I am happy for her and moving forward with her life just as I'm sure she is with me."

He had even more run-ins with the law.

Miller was not shy when it came to the law. He spent a night in jail for possession of Marijuana in 2011, following a show appearance in Upstate New York. He is also cited to have had multiple lawsuits filed against him for samplings of other artist's songs on his albums without permission.

In 2013, he launched REMember Music. The "REM" label was named after Mac's late friends in the industry. The vision for the label was to give musicians and creatives based in Pittsburgh the ability to connect and reach a larger audience across the nation.

The Vulture piece states, "Mac Miller grew up playing music, and he listens to more than he lets on." Mac can play the piano, guitar, drums, and bass. That's pretty impressive for having been self-taught. He also was responsible for all of the arrangement on his Jazz EP, You.

He had a pretty positive outlook on life, despite what his habits may suggest.

"I want to be able to have good days and bad days… I can’t imagine not waking up sometimes and being like, ‘I don’t feel like doing shit.’ And then having days where you wake up and you feel on top of the world." Mac told Vulture. He had a substantial grasp on life; an understanding that there are going to be good days and bad days. Mac Miller will be missed.