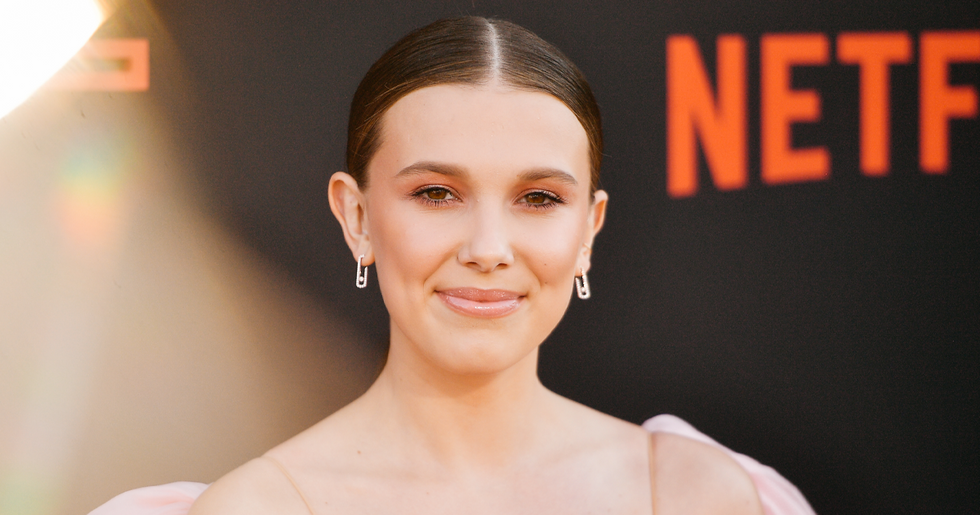 Tragic Reason Millie Bobby Brown Has Split From Her Boyfriend

It was announced this week that Millie Bobby Brown has split from her boyfriend of 8 months, Joseph Robinson. And now we know the reason why ...

Millie Bobby Brown and Joseph Robinson seem to have split.

And her acting roles have been subject to scrutiny.

There was one, in particular, that fans weren't happy about.

Millie is set to star in and produce an upcoming Netflix thriller, The Girls I’ve Been.

Based on an upcoming novel, the flick will see the young star take on the role of a con artist named Nora.

A hostage situation ensues at a bank...

During the terrifying situation, Nora must use her powers of persuasion and impersonation to get herself, her girlfriend, and her ex-boyfriend free.

Millie is also currently developing A Time Lost at Netflix.

The project is believed to be based on her own original story that she co-wrote along with her sister, Paige Brown.

But since the news of her upcoming flick reached Twitter...

Not everyone was so congratulatory.

Reactions have been pouring in...

Some thought the star was too young to be producing something for the streaming giant.

Others raised a different point.

@NetflixFilm Y'all are worried about her character being bisexual...when we should be worried about the fact that S… https://t.co/g1hBxKp5ze
— Melissa (@Melissa)1595977983.0

Is she too young to be playing the role in the first place?

Some fans have grown concerned that the role will sexualize her.

It's really not sitting right with some people.

Some raised this point, however.

Not everyone thinks it's right that a straight person should be playing a queer character.

@NetflixFilm She is not bisexual. Give roles to the people that fit the character. There are plenty of bisexual act… https://t.co/wYlW6uiIiK
— Emily B (@Emily B)1596172916.0

"Give roles to the people that fit the character."

There's currently no trailer for the upcoming flick.

With no word on when it will hit the streaming platform.

Millie has been hitting headlines for another reason.

It was confirmed in January that Millie was dating Joseph Robinson.

The two were looking loved up on social media.

But since then, things have gone quiet between the two.

Leading fans to speculate that all was not right in their relationship.

And a source has confirmed the split.

According to many, the strain of a long-distance relationship was just too much for the pair.

While Joseph Robins lives in the UK, where he plays professional rugby.

"They were very full on and happy to show it on social media."

"But it seems as though things have just run their course."

"They’re both flying in their careers at the moment."

"Millie has become a huge star overnight and Joseph’s rugby career is really on the rise, so perhaps it just wasn’t the time for them to have a romance."

"Of course they’re both still very young, so no doubt there’s lots ahead for both of them."

But it's always sad when a couple can't work it out!

We're sending good wishes to both of the pair.

Scroll on for the latest additions to the platform that have many feeling very excited.